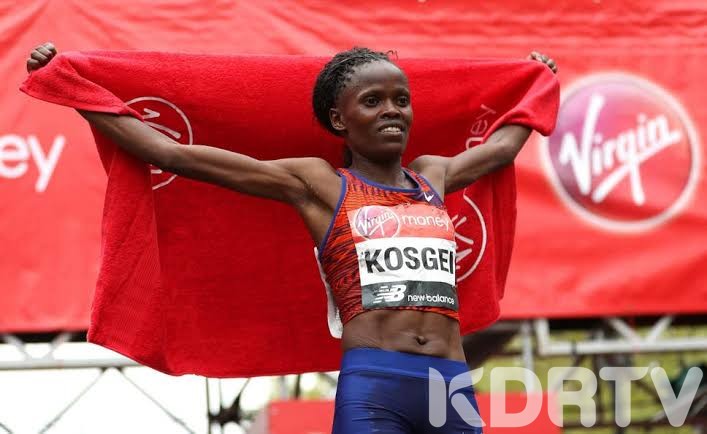 Kenyan runner Brigid Kosgei has put the country on top of the map by breaking the world marathon record.

The gem broke the record with a time of 64:28 during the elite women’s race at the Great North Run.

The top three was dominated by Kenyans as Magdalene Masai and Linet Masai took the second and third places respectively.

“I was well prepared for the race and expected nothing but a win. I am proud of all that I have put into practice to achieve this,” said Kosgei.

Kosgei has been a renowned runner and was brought into the limelight in 2017 when he finished second at the Chicago Marathon.

She has equally won several categories both local and internationally with a promise to break each record every time.

Kenya is known globally for its rich culture in athletic and marathon running and accorded the much respect due to the good performances we have displayed.

Both male and female runners have represented the country well and held our national flag up, making us the giants in Africa.

One of the most renowned athletes Eliud Kipchoge who has won many different titles confessed to have trained himself one time for a competition through YouTube.

Despite the challenges he experienced, he managed to be top and won Gold for the competition.

This went viral and the government received backlash for failure to support and provide favorable training conditions for the gems of the country.

However, the athletes were applauded and appraised for the good unending work in the marathon sector.

With this trend, it is just a matter of time before the Kenyan flag is flagged higher and given more global recognition.