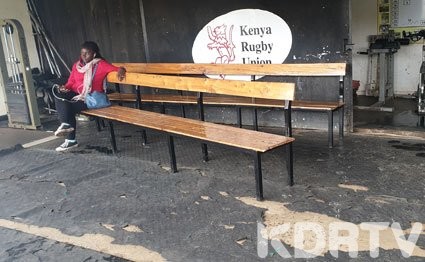 There have been mixed reactions over the absence of media coverage at the Safari Sevens event encumbered with poor slow services.

With some people taking jibes at the event organizers and others faulting the media, the event was commenced on a wrong turn with confusion reigning in the online ticketing as well as slow movement in the lines.

The Safari Sevens was established 23 years ago although the Kenya Rugby Union is still unable to provide a press centre for local and international media covering the tournament.

The event that was to be held was met with emptiness at the media center,  where the container that houses a gymnasium was to be converted to a press centre being empty with nowhere to set up equipment.

Ideally, there was no supply of electricity in the container as well as the electronic scoreboard was not functioning.

These challenges affected the media hence they failed  to cover the opening matches despite putting in early accreditation.

“It shows how they really value the media. It very disappointing right from entry to nowhere to file our stories from,” said an agitated local journalist.

However, the most astounding part was that the VIP tents and sitting area had already been set up and in good condition, an indication that the VIP were more important in the event more than the media.

The journalists who had scheduled to cover the event narrated that it was unfair and uncouth for the organizers to fail to include them in their plan by setting up a section for them, rather they were focused on the people that paid more and proved influential to the game.