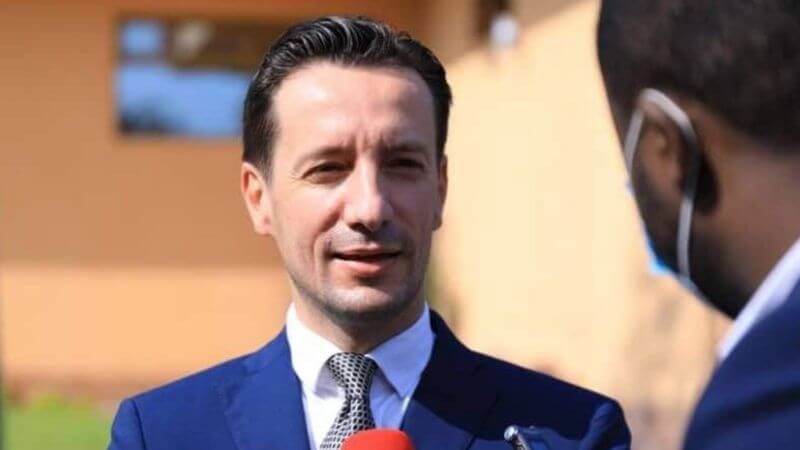 (KDRTV)-The Italian ambassador to DR Congo has been killed in a rebel attack on the UN`sWorld Food Program convoy.

Luca Attanasio, 43, was among the 3 people who were killed in the attack near Goma.

KDRTV notes that the area has been under fierce attacks on civilians from various rebel groups.

According to Congo`s Interior Ministry, the assailants were members of the Democratic forces for Liberation of Rwanda, however, the Ministry did not cite any evidence.

Reports also indicate that Italian military police who was traveling with the convoy was also shot dead.

“It is with deep sadness that the foreign ministry confirms the death, today in Goma, of the Italian ambassador,” the ministry’s statement said.

According to officials near Virunga National Park, the attack that took place near North Kivu Province was attempted kidnapping.

KDRTV understands that the convoy was attacked by a group of six assailants who first fired warning shots and took all the passengers in the Virunga National Park.

“Unfortunately, before they ran away, the assailants shot the ambassador and his bodyguard, and they killed the Congolese driver at the start of the attack,” the governor added.

Among those killed was also a Congolese driver. Other passengers in the convoy sustained injuries.

The attack occurred on a road that was recently cleared for travel without a security escort.

Concerns are raised about the level of security the ambassador was traveling with.

The area is known to be unstable and thus the convoys travelling in Congo to such parts are heavily protected by UN troops.

Mr. Attanasio now is the first ambassador to be killed in the country after French ambassador Philipe Benard was shot dead during riots in the capitol in Kinshasa in 1997.

For many years, DR Congo has been at the center of brutal civil wars.