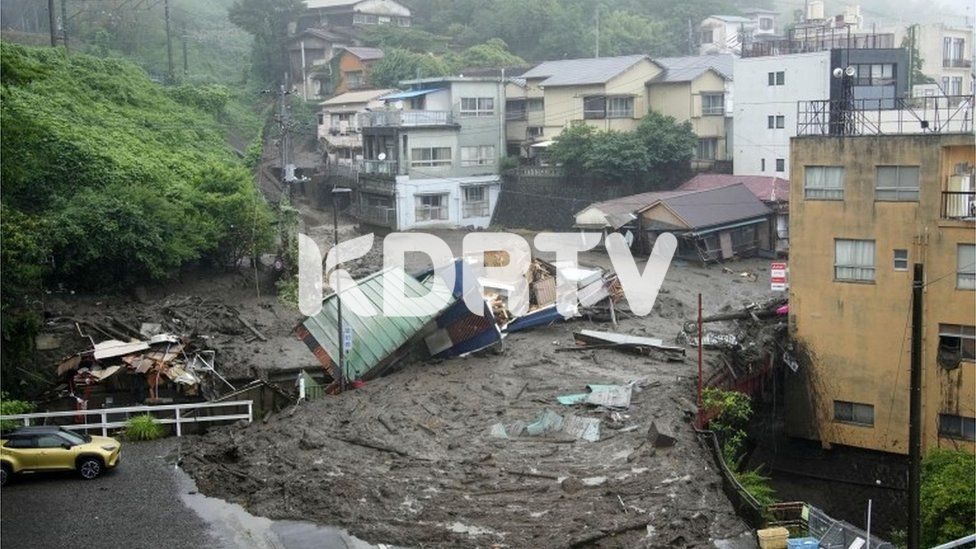 KDRTV NEWS: Authorities have reported that 20 people are missing after a landslide hit Atami city after heavy rainfall.

According to videos making rounds on social media, a torrent of black mud was seen flowing down from a mountain top and through the Atani city towards the sea.

Many houses and other properties were destroyed during the unfortunate incident.

Some of the houses and properties were buried.

Prime Minister Yoshihide Suga has created a committee to intervene in the disaster caused by heavy rainfall on the Pacific coastline.

KDRTV established that Atani city has been experiencing heavy rainfall throughout the first three days of July.

“I heard a horrible sound and saw a mudslide flowing downwards as rescue workers were urging people to evacuate. So I ran to higher ground,” a witness said.

Authorities have advised residents of Chiba, Kanagawa, and Shizuoka have been forced to evacuate following early warnings of potential further flooding in lower areas.

Reports indicate that Japan is prone to flooding and mudslides.