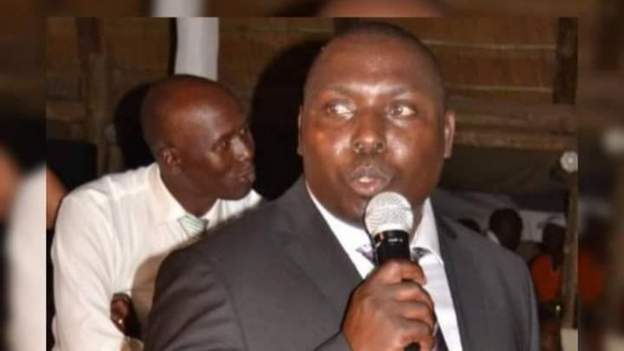 KDRTV NEWS: Rwandan businessman has been gunned down in Mozambique by unknown gunmen.

The businessman was fatally shot a few kilometers outside Maputo, the Mozambique capital.

The businessman`s car was intercepted by the gunmen in three vehicles; suddenly, they started spraying bullets at him.

The gunmen have to been identified by the Mozambique authorities.

On Monday afternoon, the Rwandese identified as Revocant Karemangiyo was gunned down 50m from his residence in the Liberdade neighborhood.

Many details of why the gunmen killed the businessman are not known.

The police have conducted forensic work at the scene, and the body was taken to a provincial hospital.

However, some of the Rwandans in Mozambique told reporters that the deceased was among the opposition icons targeted by the current Rwandan government.

It appeared that the Karemangingo was a refugee doing pharmaceutical business and was a victim of persecution by Paul Kagame`s government, said The Association of Rwandan Refugees in Mozambique.

The incident prompted the Rwandan community in Mozambique to ask the government to afford them more protection.

KDRV has recorded that in 2019, another Rwandan, Louis Baziga, was shot dead in a similar style in a Maputo suburb after gunmen intercepted his car.

It is considered that since 1959, Rwanda`s political and social instability has had severe economic repercussions.