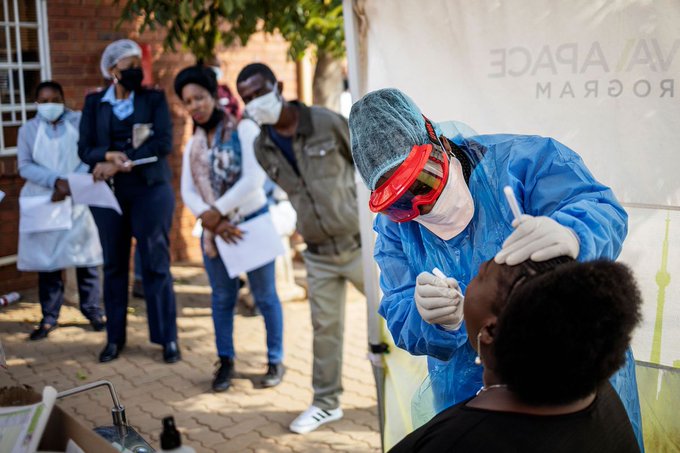 KDRTV NEWS: South Africa has lifted curfew after reporting it has passed the peak of the Omicron wave.

South Africa minister said that data from experts showed that the country had passed its Omicron peak with no significant rise in the number of deaths.

New Omicron data has given South Africa the go-ahead to review the Covid restriction rules.

During a cabinet meeting held on Thursday, the minister in the presidency, Mondi Gungubele, said that the data from experts suggest that the Omicron wave has peaked.

This follows meetings of the National Coronavirus Command Council (NCCC) and the President’s Coordinating Council (PCC), which received updates on the management of the current 4th wave of COVID-19 in South Africa, which is mainly driven by the Omicron variant.

The Omicron variant that was first detected in South Africa in late November has not caused many deaths.

Despite the higher transmissibility that Delta variant, the variant was marred with lower hospital admissions

Concerning the data, the government of South Africa has announced three significant changes in  Covid regulations

The curfew, which was in force for 21 months, has been finally lifted.

Alcohol establishment with a license will operate full time

With more than 3 million confirmed cases of Covid, South Africa remains that Africa severely hit country and 18th in the world.