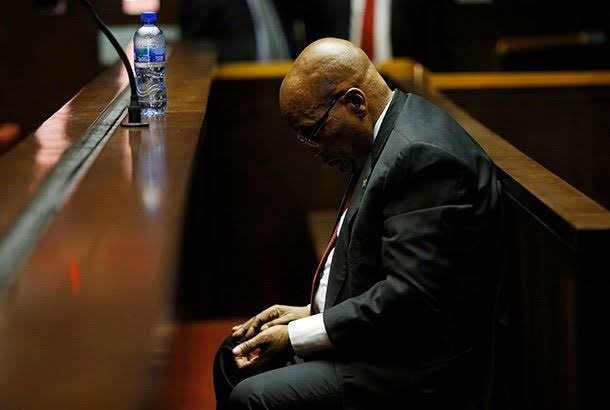 President Ramaphosa who was speaking during a meeting of the ruling party ANC`s national executive committee wished Zuma quick recovery.

“We welcome this. We’ve heard that he is not well and we’d like to wish him quick recovery as he’s restored back to his home to be with his loved ones,” he said.

KDRTV has received reports that the SA`s Department of Correctional Services said that the former president would serve the remainder of the 15-mont jail term at home.

However, the status of Jacob Zuma`s medical status was not revealed.

The authority only said that he would serve the remaining terms at home under special conditions.

Zuma`s foundation had described the decision as an act of humility.

Zuma was jailed after he failed to attend an inquiry into a corruption during his presidency.

He jail sentece sparked protests and looting in South Africa as his supporter condemned the Ramaphosa`s administration for political witch-hunt,

Allies of Jacob Zuma said that his woes were influenced by political witch-hunt being orchestrated by President Jacob Zuma and his people.