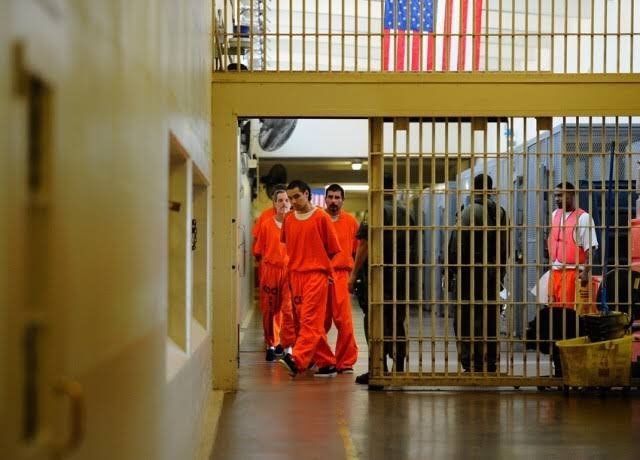 This is a prison where inmates kill each other, it was built to accommodate 600 inmates, but it houses as many as 7,000. Inmates are forced to stand most of the time because there’s no space to sit or lie down.

The inmates are so dangerous that guards would leave meals at specific spots, far away from the prisoners, to protect themselves.

This place is ran by gangs of different groups. In 2013, over 69 prisoners were killed alone. There is high rate of crime as guards have little or no control.

La Santé prison in Paris was built in 1867 and has housed some of the world’s most notorious inmates, Conditions were so bad that some inmates drank drain cleaner or rat poison to kill themselves so they no longer had to deal with the misery.

It was first established in 1955. The mention of Kirikiri first reminds any Nigerian of this prison. It has held notable prisoners like: Chief Bode George, Clifford Orji, Al-Mustapha and Major General Shehu Musa Yar’Adua. It is ran by gangs.

Located in Cape Town, Gang violence is an issue here daily stabbings to fellow inmates and prison staff is an issue, sexual assaults are common and has contributed to the rapid spread of the HIV virus within the prison system.

Located in Cuba, this America-owned prison was made to house Taliban and Al-Qaeda suspects captured in Afghanistan. While President Obama, upon his election, vowed to close the prison, it is still fully operational to this day.

This is the largest maximum-security prison in Russia ridden with diseases. Routine torture is a common sight at Vladimir Central, prisoners are dragged out of their cells, made to put up their hands on a wall, and then whipped and beaten to death.

Detainees were tortured and killed by being dragged to death or being cut up using an ax in this prison. In the June of 1980, President Hafez-al-Assad issued orders to soldiers to “kill every prisoner in sight” as a response to an attack on his life.

The prison consists of two wings, the north wing that holds the left-wing rebels and the south wing holds the right-wing government supporters. The space between the wings is the battleground where the killings take place.

Also Read: Inside World’s Most Protected And Worst Prisons