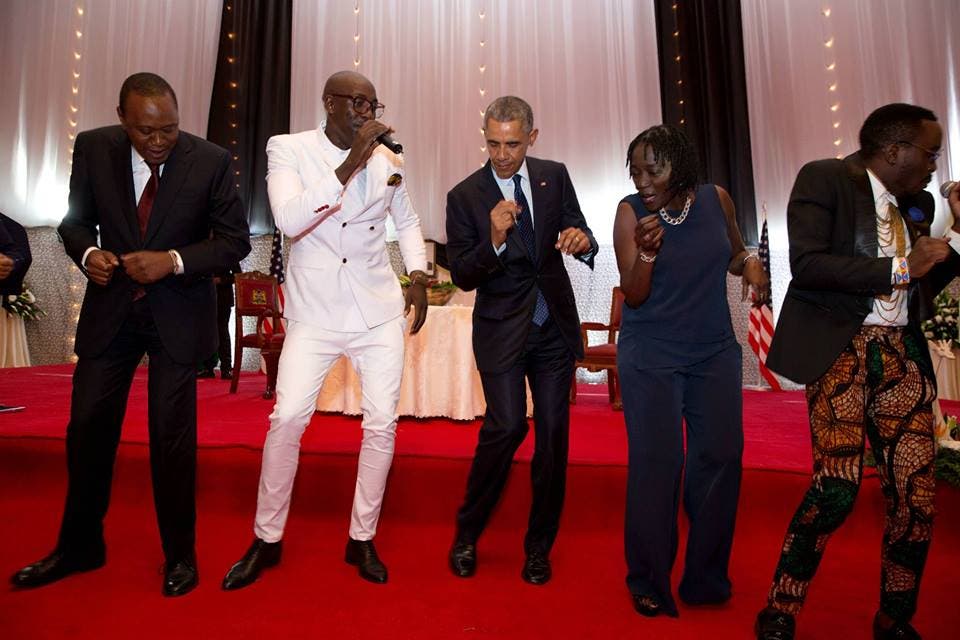 Sauti Sol lead singer Bien has revealed that meeting former US President Barrack Obama did wonders to his career and life in general.

When Obama visited Kenya in 2015, the boy band was among artists tasked to entertain him along with other high-profile guests at a state banquet that President Uhuru Kenyatta hosted at State House, Nairobi.

With the help of his Kenyan sister Auma Obama, the boy band tried teaching the former president Lipala dance. No one had planned it but according to Bien, he had been thinking about approaching Obama all along.

“Bruce Odhiambo (the late) called us and told us we were needed to perform at State House. I kept asking him if we would even get the chance to get close to Obama, considering the security,” he said in an interview on Youtbe.

“He advised me that whoever has the mic in his hand has all the power. So when I went to the stage I explained a bit about how the Lipala dance came along as I walked to where President [Uhuru] Kenyatta and President Obama were.”

Bien said that despite Obama’s tight security, he was able to convince him to stand and dance.

“The security guard’s eyes were on me and so was the crowd. I requested the Heads of State to come dance with me and they obliged,” he said.

The singer went on to add that dancing with Obama really made him go viral and everybody was trying to call him. Eventually, he was forced to switch off his phone after getting over 2000 messages.

“My father was calling me and so many other people. It still felt like a dream even after we left the event,” he said.