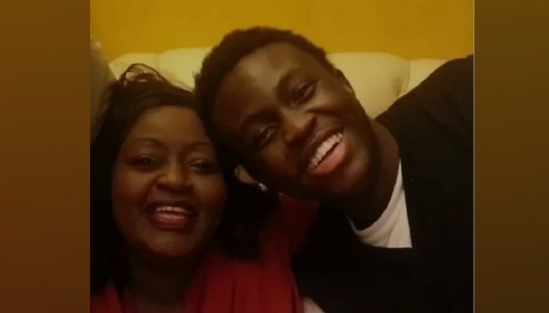 The late Afro-Jazz songstress Achieng Abura’s son Prince Abura who was battling sickle cell anemia since birth has passed on.

The death of Prince Abura was announced by his guardian and mom’s friend Hellen Mtawali.

“Today I announce with a humble heart the passing on to glory of Prince Abura in his sleep,” read her statement.

His passing was also announced through his Mchanga account that Kenyans have been contributing money to fund his treatment.

“Today I announce with a humble heart the passing on to glory of prince abura in his sleep,” “said the account.

“I just want to thank all who supported this worthy cause. He was to graduate from Riara University in September. May god remember you in your time of need. More updates soon as we close this fundraiser chair.”

Before her death in 2016, Achieng had set up the Mchanga account that was used to fund Prince’s medical expenses. Prince was to go to the UK for treatment in 2017 but was rejected last minute because he lacked insurance cover.

“Prince was discharged the day before his mother was laid to rest and traveled to Songhor for the funeral. After a procedure done at Aga Khan Hospital a few days before, he has since stabilized and has been eating and sleeping well and regaining his strength,” said his guardian then.

Subscribe to watch latests videos
In this article:Prince Abura