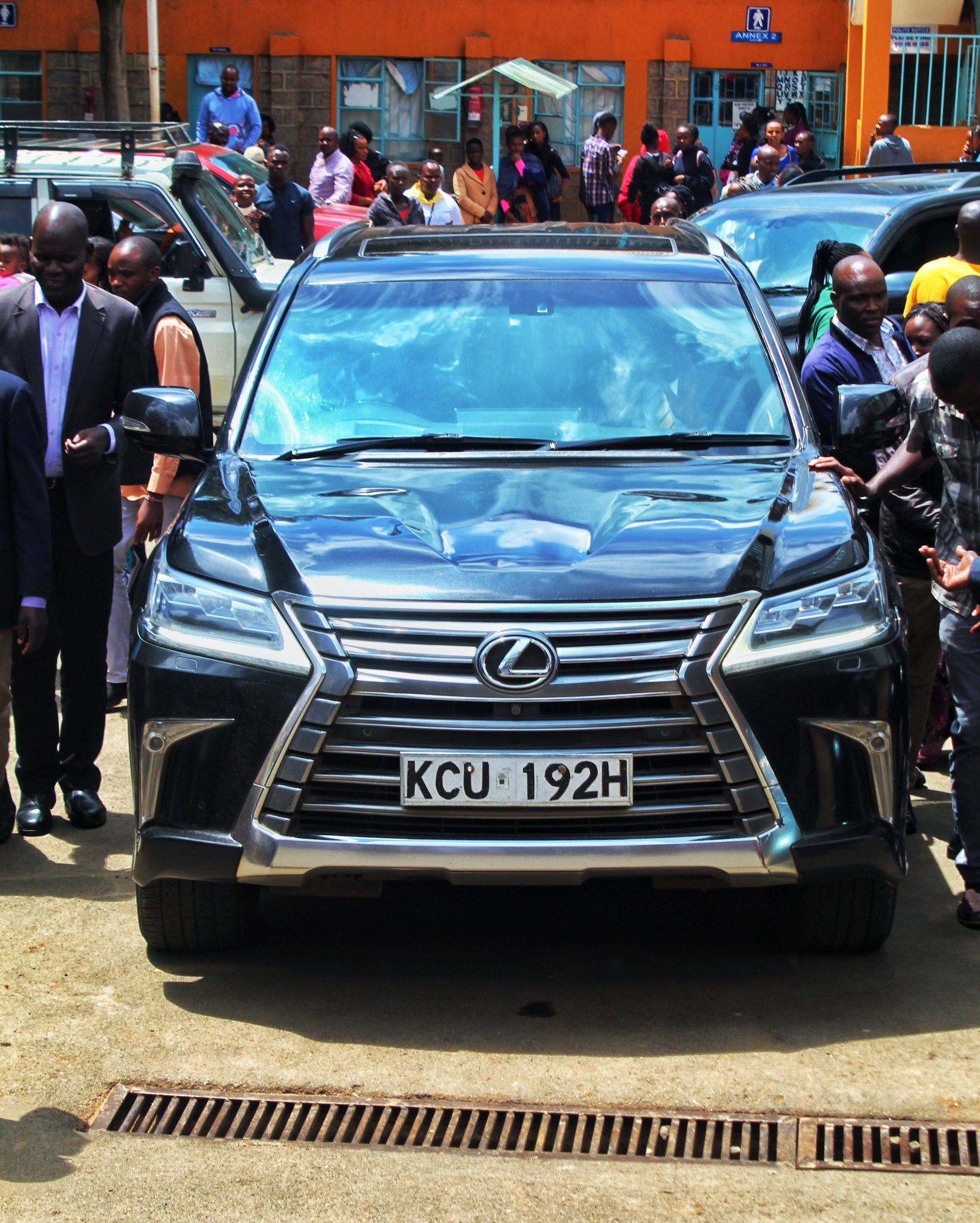 President William Ruto has been spotted riding on a black lexus Lx 570 KCU 192H in the past few months during his campaign trail to succeed Uhuru Kenyatta.

President Ruto was again on Tuesday spotted riding on the beast leaving netizens to elicit mixed reactions over the car.

The Lexus that served as the foundation of William Ruto’s campaign caravan ranges in price from Ksh 20 million to Ksh 27 million, depending on the year of manufacture. 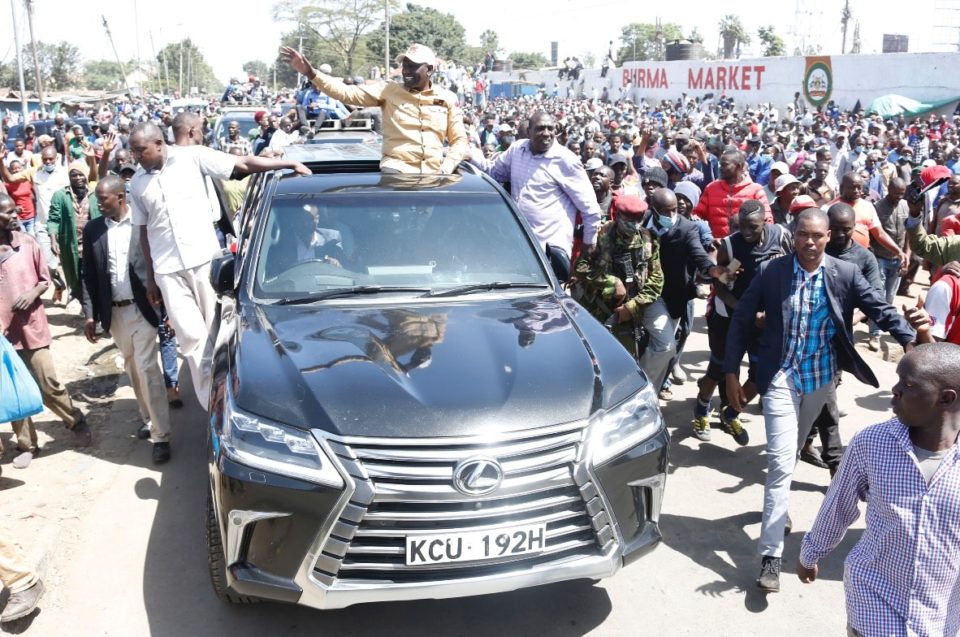 Car connoisseurs who were lured to the ongoing discussion about Ruto’s Lexus LX 570’s capacity stated that it is designed to cruise on rough terrain, which Sport Utility Vehicles (SUVs) cannot. Off-road, the LX 570 is extremely capable.

The interior of Ruto’s iconic car is lavished with luxury and elegance by the manufacturer.

The front seats are spacious and flat, but yet comfortable and supportive. They are designed in the style of armchairs and are perfect for lengthy rides.

Unlike other SUVs on the market, car enthusiasts said Ruto’s pick of the Lexus LX 570 was suitable because of its robust suspensions to support the tyres. 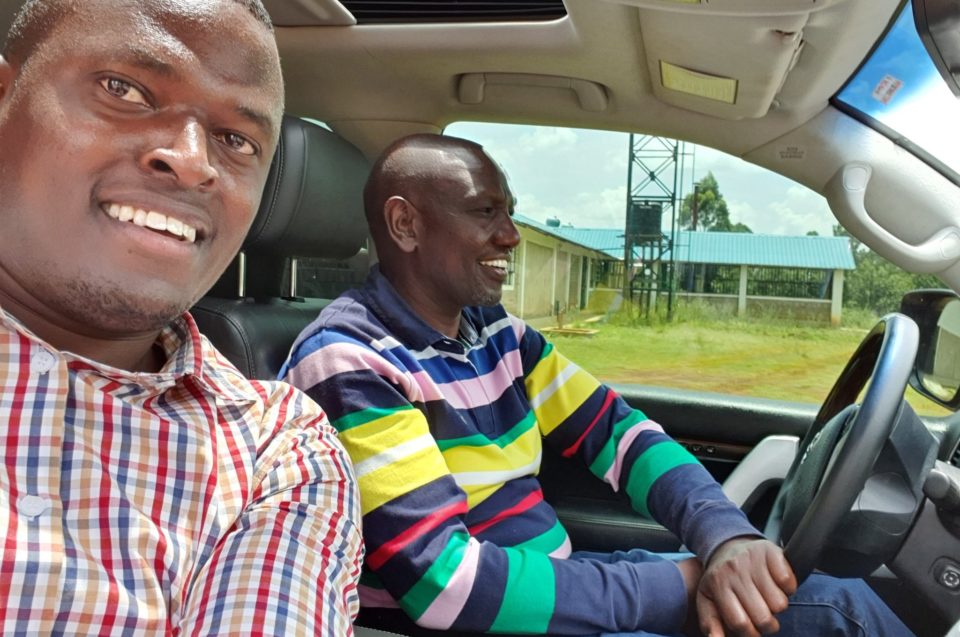 The car also has a strong infotainment system that kept Ruto informed of what was going on in various regions of the country, even during his campaign visits.

The Lexus LX 570 is also equipped with a sunroof, which allowed the president to connect with and address his supporters during the campaign period.

The automobile is equipped with an eight-speed automatic transmission and full-time four-wheel-drive system and is powered by a 5.7-liter V8 engine with 383 horsepower and 403 pound-foot of torque. 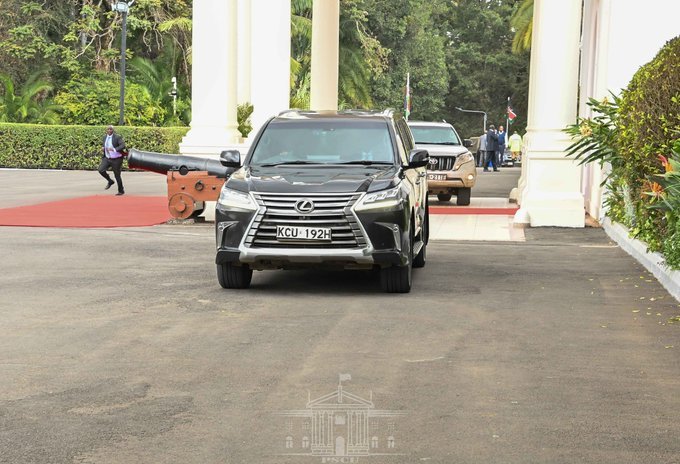 Ruto has in the past also spotted riding a Mercedes Benz S500 and a Toyota Land Cruiser 200 series.

After being sworn in and handed over the instruments of power President Ruto left the Kasarani Stadium in a landcruiser that had the coat of arms.