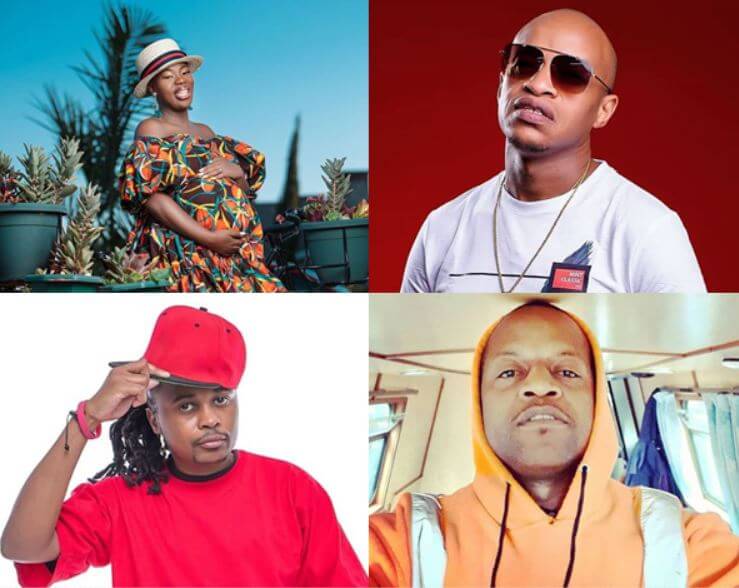 (KDRTV) – 1. Ruth Matete
She is a popular church praise and worship leader. She was also the Tusker Project Fame (TPF) 5 winner. Of late she has gone through a tough time. She recently lost her Nigerian husband and was only allowed to bury him after some long court battles.

Ruth who won a cool KES 5 million during the TPF5 singing competition is really struggling financially as she even had to appeal to well-wishers to foot her late husband’s KES 600,000 hospital bill. It seems that she did not invest her money wisely otherwise she would not have made it to this list.

2. Rapper Abbas Kubaff
Abbas is a talented former K-South member. He is rumored to be struggling financially and that is why his music has not been hitting the airwaves as it used to more than 10 years ago.

The poor guy now performs in shows worth as little as KES 2000. His alleged investment in unrealistic business ventures led to his downfall.

3. Jimw@t
His real name is James Wathigo Mburu but he is popular as Jimwat. He is one of the finest Genge rappers Kenya has ever seen. His hit song ‘Under 18’ hit the airwaves more than a decade ago.

He has, however, struggled a lot with alcohol and he has never recovered well after going down the bottle.
His fans have been hoping for him to bounce back into the music scene especially after he was involved in a bad accident.

4. Cannibal
‘Cannibal na Sharama’ is a Mombasa duo that used to a household name some years ago. Unfortunately, they later split after Cannibal became more popular as he was obviously the better rapper between the two.

But things have not been going very well with him. At one point he was hosted by Prezzo in his home in Nairobi when things got really tough.

READ ALSO: On Zooming This Photo Of Zari Hassan, Netizens Notice Something Odd About Her Legs

5. CMB Prezzo
Jackson Makini, popularly known as ‘Prezzo’ is one of the few Kenyan celebrities that have enjoyed a flamboyant lifestyle. He has very many hit songs to his name.

The ‘Naleta Action’ hitmaker is a go-getter. He participated in the Big Brother Star Game some years back and he emerged second.

He is currently not doing well in terms of music and finances from his talent. But he comes from a rich family and he lives well. His mother is the owner of Makini Herbal Clinics that is distributed all over Kenya.

6. Bobby Mapesa
Bobby Mapesa is a rapper whose lyrics were similar to those of the current Gengetone music. He used to be very controversial because of the kind of content he does.

Despite being very popular, things didn’t go very well for him as he is now rumored to be living in Huruma next to Mathare slums. He is suffering financially.

7. Slice
Slice is one of the members of the duet ‘Shaevy and Slice’ behind the hit song ‘Gyal’ that hit the airwaves 11 years ago. Unfortunately, Shaevy died in the year 2018 a very poor man.

It is sad to note that Slice is now hard on weed and jobless in the streets of Nairobi. Sometimes the poor guy loses it as a result of the drugs and he still lives in his parent’s home.

8. Kalamashaka
K-shaka was the pioneer of Kenyan urban hip-hop music. The group was very popular in late 90s. They inspired very many people including veteran dancehall sensation, Nazizi.

They are nowhere to be seen or heard now and they are suffering in the streets of Nairobi.

9. Circuit and Joel
The two cousins were the talk of the town in the early 2000s when their hit song ‘Manyake’ took Kenyan by storm. Their love for alcohol led to their downfall and they have never recovered.