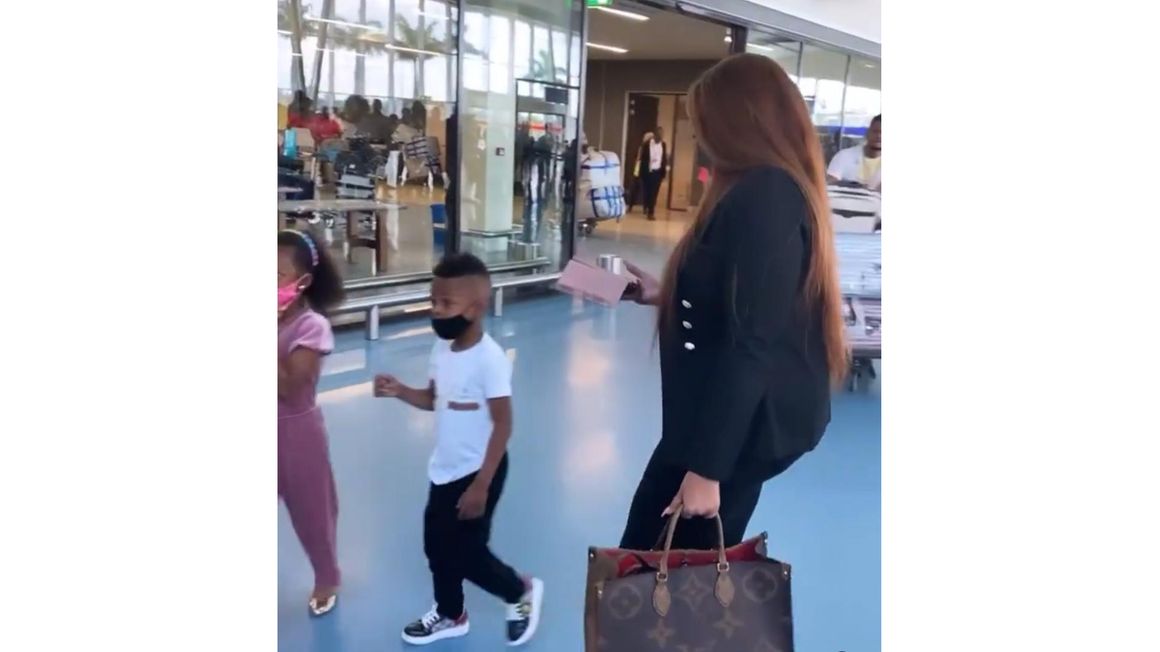 After nearly half a year away, Zari Hassan made a return in Tanzanian and reportedly slept in her baby daddy Diamond’s house.

Zari arrived with her two children in Tanzania on June 1, under very tight security.

Videos shared by one Uncle Shamte showed showed Zari going into Diamond Platnumz’s mansion and she was nowhere to be seen afterwards. 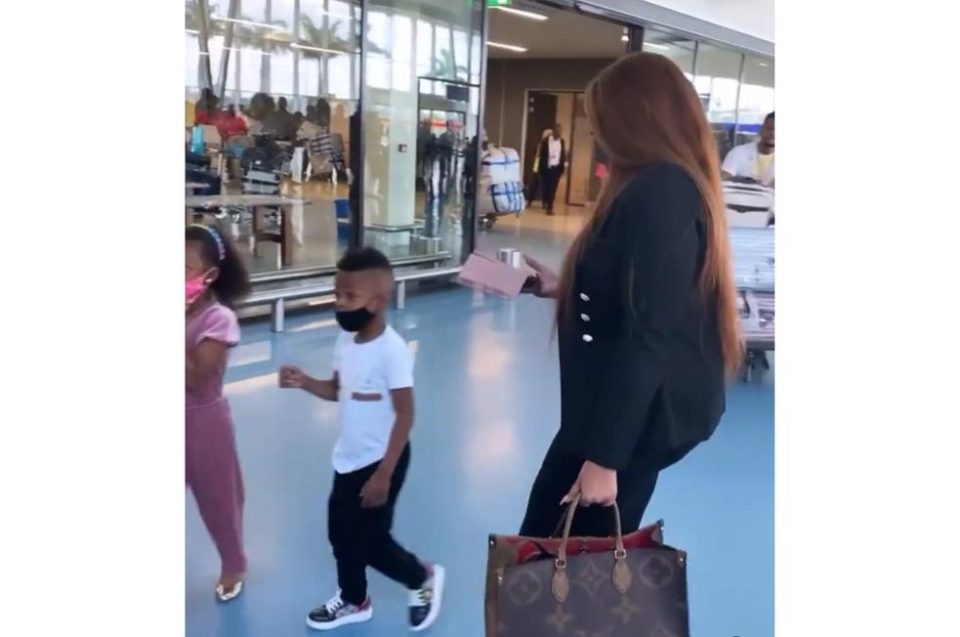 More photos however emerged later in the night showing Zari enjoying dinner with Diamond’s parents, but the superstar was nowhere to be seen as he had presumably already left the table.

Diamond was clearly more elated to see his children as he enjoyed some time with them at the Jacuzzi.

Zari, on her part, shared some videos on social media where she revealed the prime purpose of her visit to Tanzania was to support young girls by donating sanitary pads at schools.

While there is nothing wrong with what Zari was up to, it was bit odd to see her in her ex’s house especially because she now has a new man.