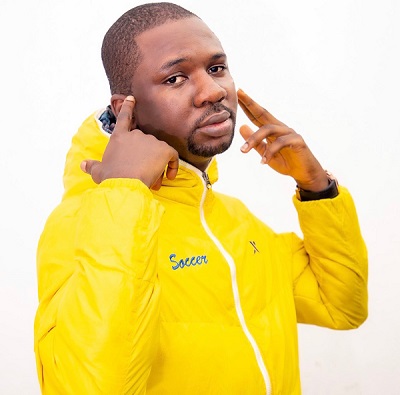 “African Diaspora” is a term commonly used to describe the communities located around the world which are made up of people predominantly from Sub-Saharan Africa who have migrated.

Whilst they come from various countries such as Nigeria, Ghana, Kenya  Swahili-speaking and  French-speaking Cote D’Ivoire there is a cultural affinity when they meet and come together.

One of the entrepreneurs who is bringing the African Diaspora together through Music and entertainment is SEUNSHARP, real name Adekoya Oluwaseun Ayobami.

He is the CEO of BluDotFirm in Nigeria and Co-Founder of B&S ENTERTAINMENT & PROMOTIONS.

SEUNSHARP was born and raised in Lagos, Nigeria West Africa to be precise and later moved to Nairobi from Lagos a few years ago.

He has been into organizing parties for his friends and family during his school days and due to this and his love for entertainment, he decided to continue by following the same path when he got to Nairobi.

But this time he decided to take it more seriously as a career and business to be the main source of living and to earn better money from doing it in a professional way.

Starting out in a foreign country was not that easy as icing on the cake. But with the help and support of his friends and love ones he was able to get things started and kick start with the first party Tagged “MASK PARTY”.

The Party was not a bad turn out for a start and after this was a successful event he then proceeds to host Nigeria artiste in clubs and shows and as time goes on a friend of his called BRUCE who also have same interest in doing same thing and who also have something going already, Both decide to team up together which the partnership give birth to BRUCE & SHARP ENTERTAINMENT AND PROMOTION COMPANY.

This sparked the idea to start organizing club nights and events together. These club nights started as hosting Naija nights for Nigerians and other nationals attending as well as birthday parties for other people in clubs, which was soon followed by many other special occasions and he got a reputation as the guy you should go to if you want to organize an event.

However, he had larger ambitions than hosting parties for friends in clubs and decided to work with another firm with the same energy in the showbiz business which led to the creation of AFRO FEST GLOBAL in 2019.

Taking the plans forward and actualizing the brand AFRO FEST GLOBAL on and what to do next SEUNSHARP met his business co-partner, BRUCE founder of Bruce Entertainment and KARMAKAZY of Statepen Records.

This was pivotal as between them they had already built great relationships and knew how to put on a great event for this demographic. The final piece of the puzzle came along when Kiki Event, brought into his vision and came on as the third partner.

Once this partnership was formed and the idea was solidified they had enough time to bring everything together.

This involved sorting for a proper venue,an artist to headline the concert, many of whom had worked with SEUNSHARP over the years which made the process a little easier.

The final touch was “fasting and praying with many of his team and friends to ensure it would turn out a success”.

The AFRO FEST GLOBAL Concert was headlined by Nigerian superstar NAIRA MARLEY which was at his peak then and alongside other acts like Victoria Kimani, Lyta and Epixode, Hosted by Eric Omondi and music by the coolest DJ in Africa Nigerian DJ Seme with other DJ on the concert was a successful one which opened more doors for him to take a step further in the showbiz business.

SEUNSHARP is hosting a new concert this September 18th, 2021 with his partner BRUCE in conjunction with a giant entertainment firm PASSPORT ENTERTAINMENT GROUP to host the sensational rave of the moment nigeria artiste and JozingWorld superstar “RUGER” in Nairobi, Kenya.

Also on 2nd October 2021 he will be hosting Nigeria Independence day party to celebrate Nigeria 61st Independence with Nigerian artiste “ZINOLESSKY” to headline the show.

His entrepreneurial endeavors have also started to expand outside of events with a recently launched clothing brand “THESHARPBRAND” which he created as someone who loves fashion and branding one of his other passions to life for people to experience the fashion lifestyle.

SEUNSHARP have been able to make use of his platform, experience and connections he have in the showbiz business to get many artiste from different genre of music and countries to get to connect with their love ones and to get their fans entertained through entertainment, concerts and media tours, No doubt that SEUNSHARP his doing things right and locking it down for good is the man to work with when it comes to this Showbiz business.