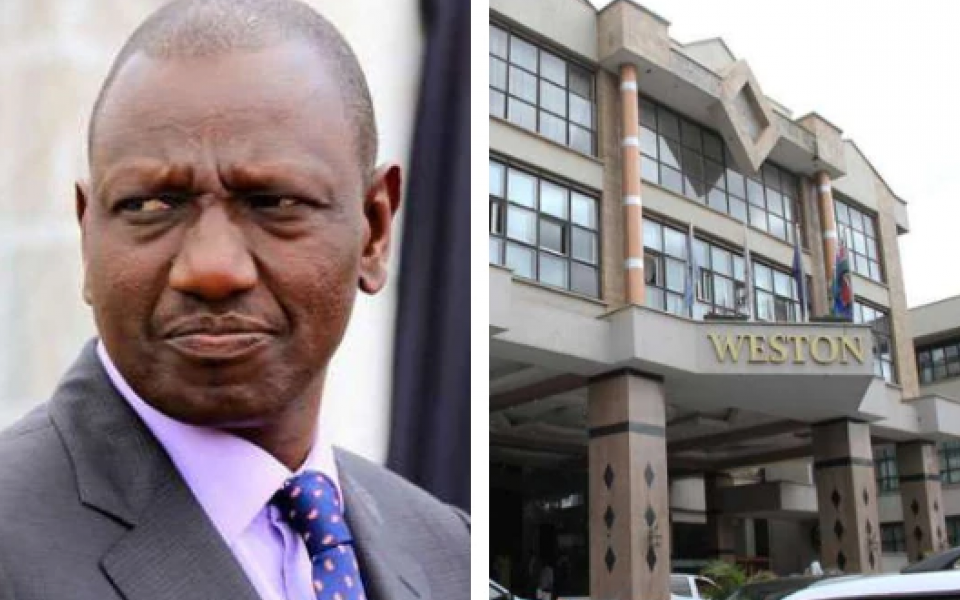 Deputy President William Ruto is unquestionably one of the richest politicians in the land, owning a number of businesses in and out of the country.

In this article, KDRTV looks into three multi-billion hotels around Nairobi that are linked to the second in command.

Weston hotel has been in and out of court for years now after it was alleged that Deputy President wanted to grab the nearby land, which belongs to Langata Primary school to set up parking for Weston. He however denied the allegations.

Despite the political and social upheavals surrounding the restaurant, it is without a doubt one of DP Ruto’s most significant investments.

This is another deluxe hotel that is owned by Deputy President William Ruto. It is Located at the intersection of Kenyatta Avenue and Muindi Mbingu in the city centre. The hotel is a prime property in the city and just a ten-minute walk from the Deputy President’s office on Harambee Avenue.

Located on Harry Thuku Road, Nairobi CBD, the Boulevard Hotel is one of the busiest hotels in the City. Boulevard Hotel was part of Indian tycoon Jac Patel’s Sentrim Group of Hotels, who sold the hotel to DP Ruto in 2016. The hotel is located next to KBC and Central police station.

It has 98 rooms, all of which have been upgraded to world-class standards. Thanks to an outdoor swimming pool, which adds to the demand for the hotel, the hotel is also popular for leisure activities as well as refreshments.