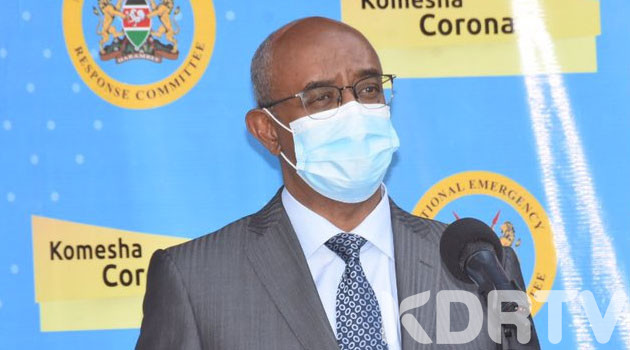 The new figures were confirmed after a total of samples 5, 521 were tested in the last 24 hours raising the total number of samples tested so far to 295, 280.

During a routine briefing at the Afya House in Nairobi, the Health Chief Administrative Secretary Dr. Rashid Aman announced that out of the 788 new patients, 475 are male while 313 are female.

As of Thursday, the total number of recoveries now stands at 8, 121.

Unfortunately, the health official announced that 14 more patients succumbed to the respiratory disease bringing the total number of fatalities to 235.

While noting that more males have tested positive for the virus than female, Aman urged the males to embrace healthy lifestyle to improve their battle against coronavirus

“I urge all men to avoid smoking and alcohol and engage in physical activities,” he stated.