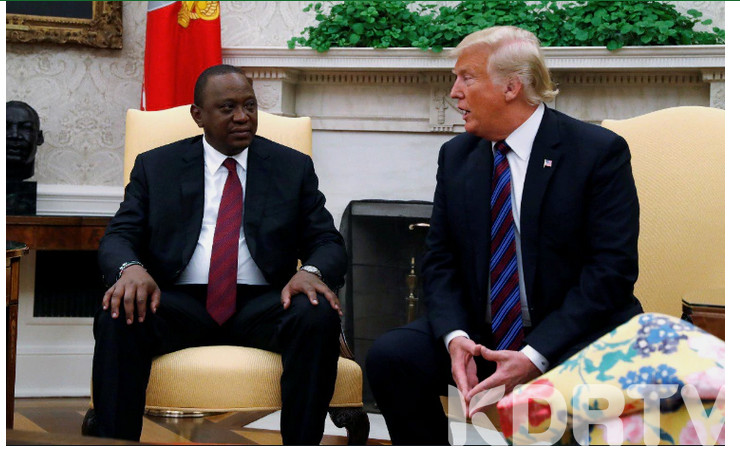 According to reports by BBC, the US president to Uhuru that America would assist Kenya in the war against the virus that as of April 24 infected 336 people in Kenya.

So far, coronavirus has claimed the lives of 14 Kenyan nationals with 89 recoveries

Read-outs of the call between President Cyril Ramaphosa and President Donald Trump today. Just got the White House version… putting them side by side. #sabcnews pic.twitter.com/ffsINbmLYQ

According to President Donald Trump, the US stood with South Africa in the war against the global pandemic

On the other side, the US ambassador to Kenya Kyle McCarter had earlier said that most of the equipment used in Kenya to test the COVID-19 were donations from Trump`s administration

Read also:5 Kenyans Truck Drivers Among 11 Who Tested Positive For Coronavirus In Uganda

“The majority of all test equipment and trained staff to run the equipment in Kenya was a gift from the USA,” he said when responding to a question by a tweep.

again….exactly how is the US a friend of Kenya Mr Ambassador if you cannot provide even a single test kit?

The world has confirmed over 2.7 million positive cases of coronavirus with the US having the highest number of infections as the number of deaths