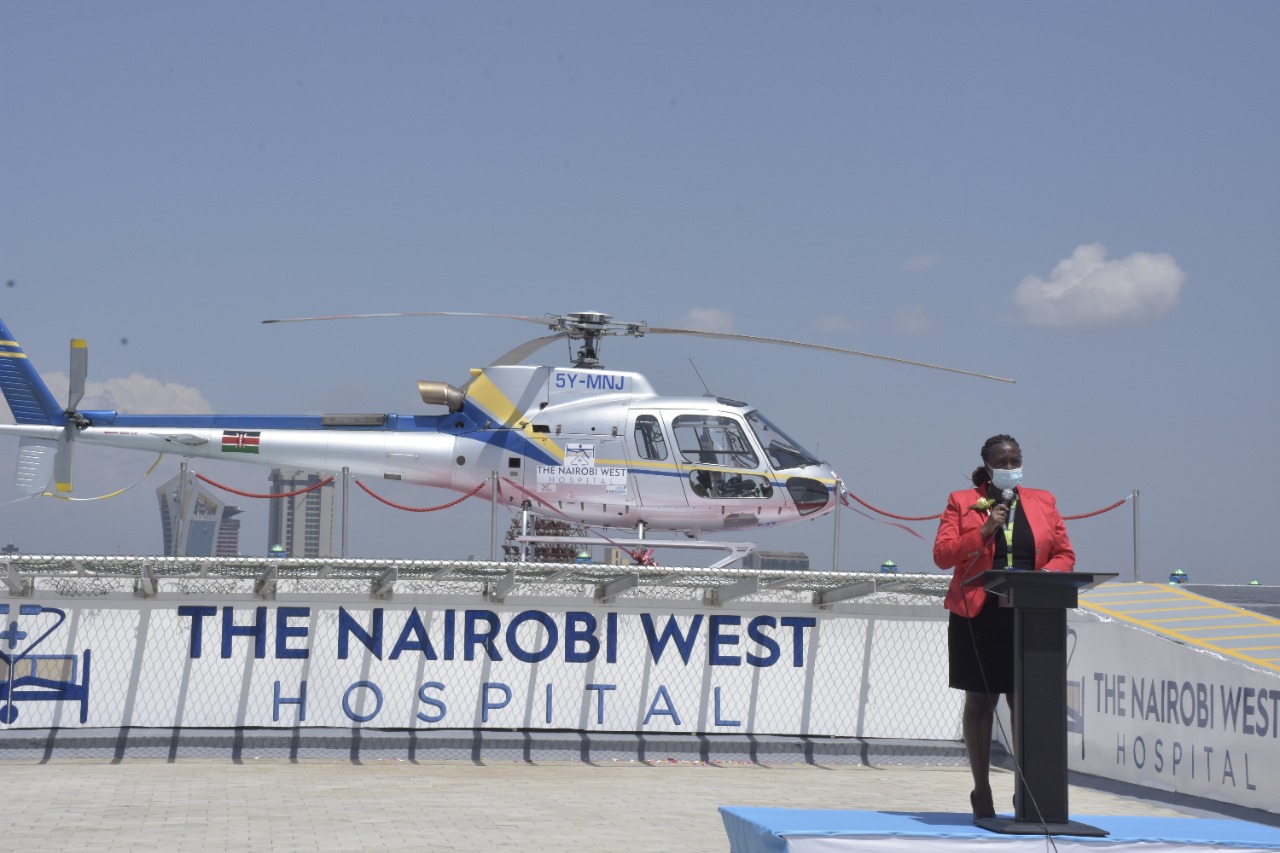 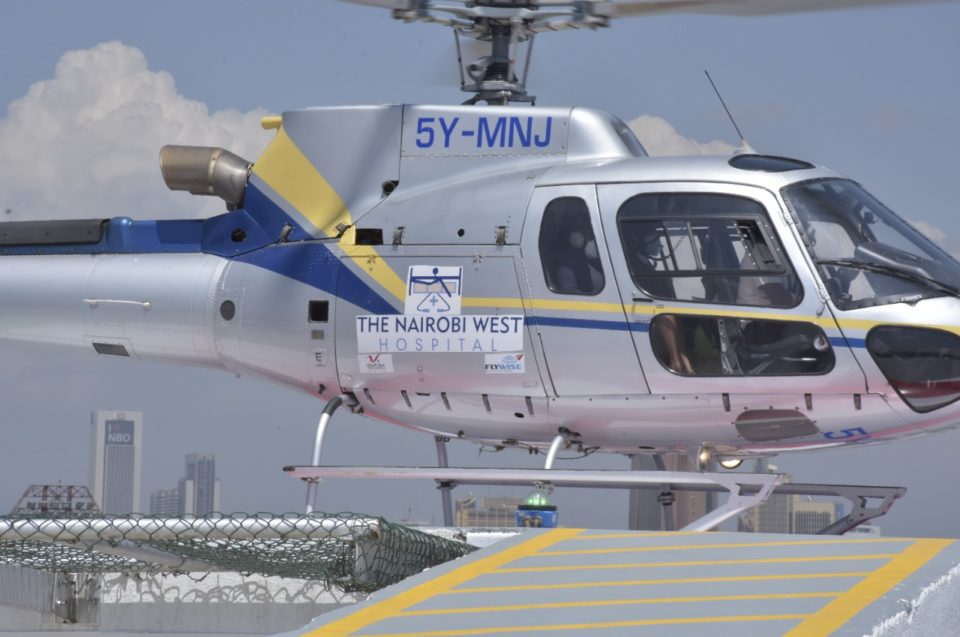 The facility which has marked a landmark progress in the hospital’s emergency serves to facilitate the air evacuations across the country and the East Africa region at large. This will enable the hospital to promptly respond to emergencies on time. 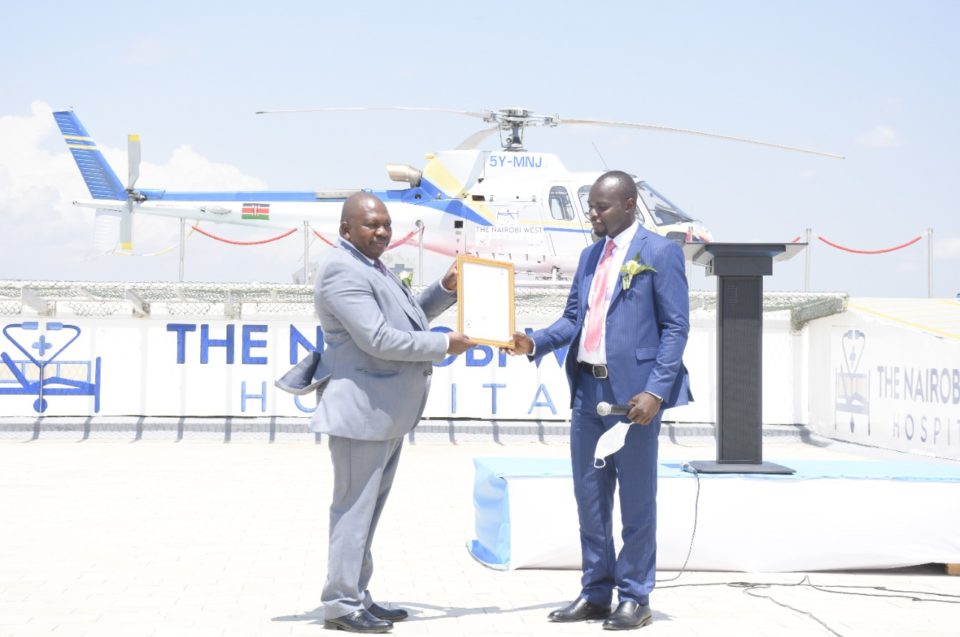 Elucidating vastly on the medical facility, Nairobi West Hospital Chief Medical officer Dr. Andrew Gachie noted that the lifesaving facility will gear up speedy access to medical services especially to critically ill patients. He re-emphasized that patients will henceforth start making tremendous differences in their lives since the new medical facility will speed up the time incurred while transferring the critically ill patients to the hospital hence breathing hopes of survival in the lives.

The challenges of navigating traffic gridlock that has been a huge hurdle in medical emergency especially for ground ambulances that wastes hours of crucial time will be solved by the availability of the new facility. Dr. Gachie hinted that the hospital is gradually doing away with the ground to a more efficient air medical emergency evacuation era. 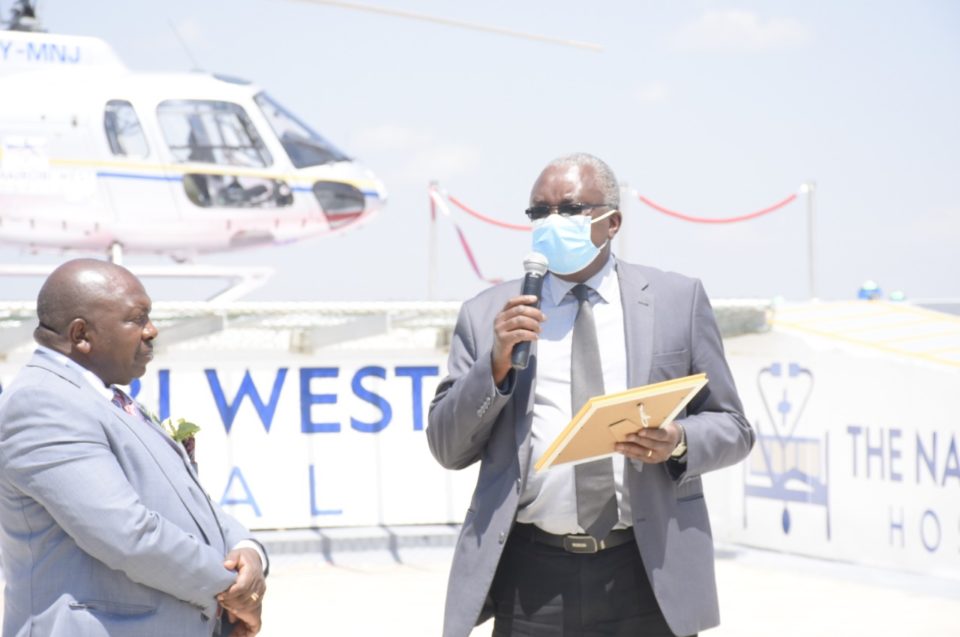 It is designed to Joint Commission Interna Standards with a capacity having a capacity that holds up to 8 tonnes.

In its designation, a trauma bay was developed below the helipad to handle the critical events during the emergency evacuations.

The imputation of helipad into the hospital’s emergency department will be a shot in the arm for the hospital forays into medical tourism enshrined by the local and East African region’s trust in the fields of Cancer Management, Accident and Emergency & Transplants.

“We now have the right modern medical facilities that can offer a record 2-5 minutes treatment of critical illnesses. We are changing management of cancer in the country and across the region” Dr Gachie said.

On the same note, the hospital is also set to kick off programs of offering package of Cancer Treatments which includes bone marrow transplant. The will be achieved through streams of partnerships with Turkish and Indian Firms.

Notably, Nairobi West Hospital has also a state of the art laboratories, 78-bed ICU facility and we’ll equipped with six operational theatres that will see the start of organ transplant strictly in the next two months.

In the interest of discharging duties and availing services to patients, the emergency of new helipad has alternatingly relieved the hospital from the headache associated with ground traffic halts.