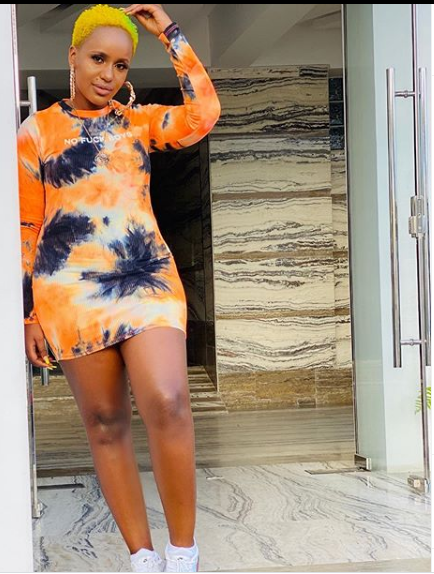 (KDRTV)-Femi one had a chance to perform her hit song, “Utawezana,” live for the first time and it happened in Tanzania. She was accompanied by King Kaka and they had a huge show and the reception was exceptional.

Femi one is signed under the King Kaka empire and the damsel is sending shock waves in the music industry by releasing hit after hit. It is such a shame that coronavirus has made sure that we don’t get a chance to see some of our favorite musicians perform.

Several appeals by the various artists with the latest being King Kaka, and Khalighraph Jones, have appealed to the president to open up the country so that they can start getting shows and gigs because their pockets are drying up.

Due to the current public health guidelines and the executive order that is in place right now, artists have found a way to survive and that is why the kaka empire organized a show for Femi one in Tanzania, where life is going on normally.

Taking to her social media to thank her fans in Tanzania, Femi 1 responded to a post on social media which insinuated that Tanzanians are good with women and that is why they have impregnated another Kenyan girl (Femi one)after Tanasha Donna. This prompted King Kaka to ask Kenyan Men to take revenge against Tanzanian men, something that Erick Omondi promised to do.

Femi one acknowledged that by saying that, they never waste time when they happen to get a chance with any good woman. From this post, it is clear that the artist and her crew had some good time in Tanzania and the show was a huge success given the reception and the number of fans that attended her show and sung along her famous hits.

Here is what she posted;

Here is what she posted; 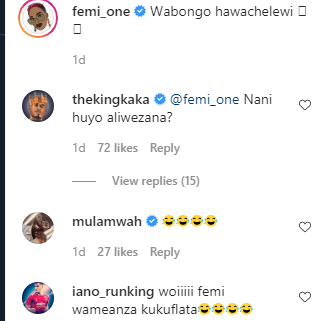