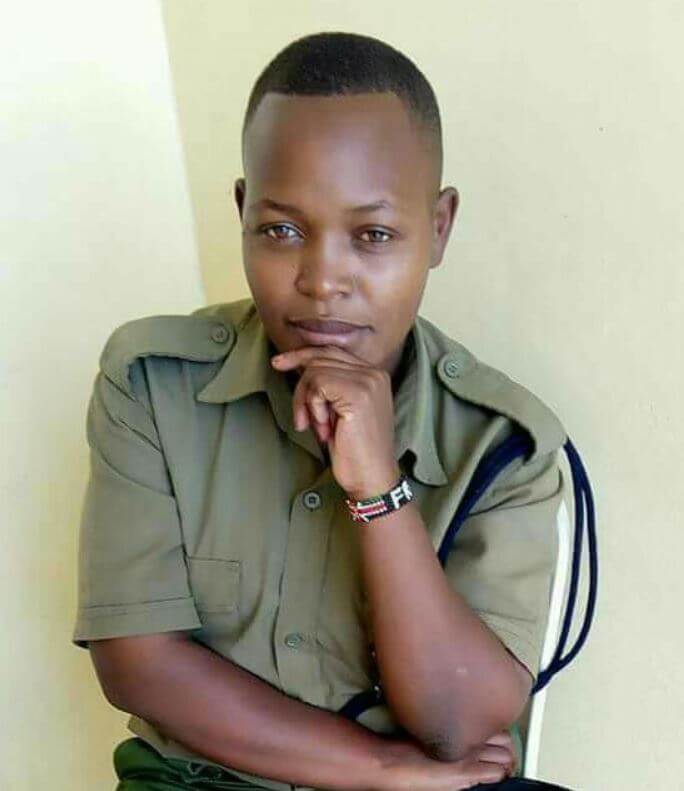 (KDRTV) – A lady cop has been dumped by her man for openly thirsting over DNG on Facebook. The lady commented on a Facebook post where another lady by the name Janney Kerbs had asked her fellow women to choose a man they would love to go on a date with between DJ Kalonje, Shaffie Weru, or DNG.

Apparently the three men are very popular among women for their seemingly good looks and charisma. The lady identified as Kabuyesi Mhilanah quickly chose DNG. Her husband who uses the name Captein Issa on Facebook was so heartbroken when he came across her wife’s comment. It is not clear whether he was informed by a third party or he found out on his own.

There is a possibility that someone malicious might have come across Kabuyesi’s comment and brought it to Issa’s attention. The 32-year-old Tanzanian man immediately replied to the comment by saying, “Okay, so now how do I serve you your divorce? Boiled or fried?

To which Kabuyesi replied, “I can explain this honey, you know it is Satan.” So now Satan is to be blamed for our actions? How hilarious is that?

When she discovered that things had gone haywire, she started begging the author of the post to apologize on her behalf. She said that if she is dumped, it will be the third divorce of her life having been dumped by two other men before meeting Captein Issa.

Check out the screenshots below; 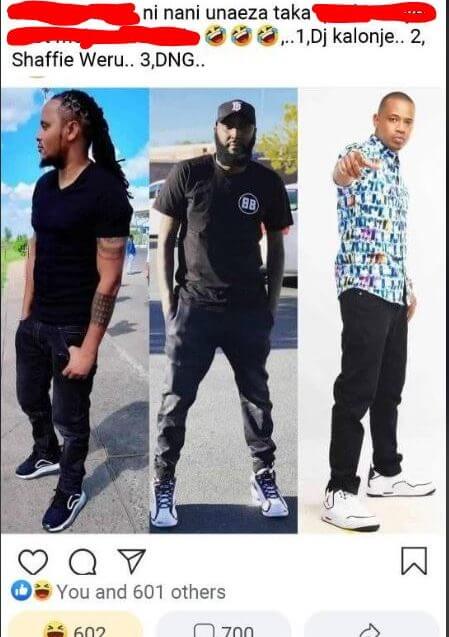 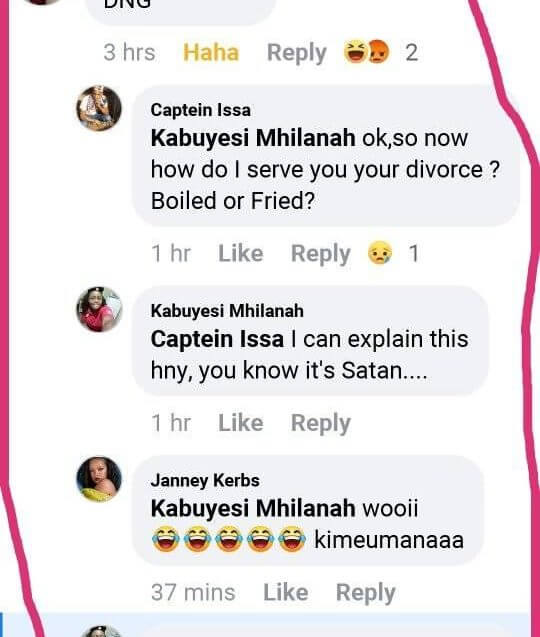 Many people found the man’s reaction very childish as anyone should be allowed to have fun on social media. Check out what some of them had to say in the screenshots below. 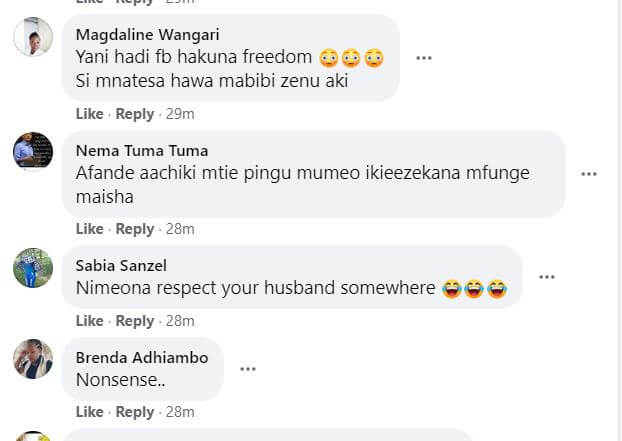 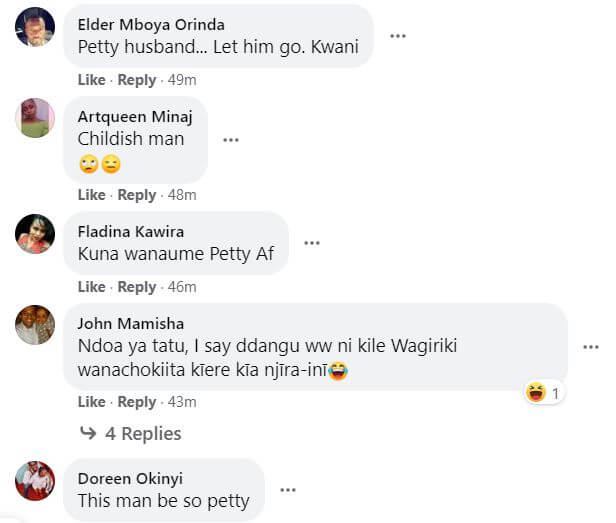 What do you think about this issue? Do think the man is being petty here or the lady was irresponsible and insensitive? Your opinion in the comment section is highly welcome.