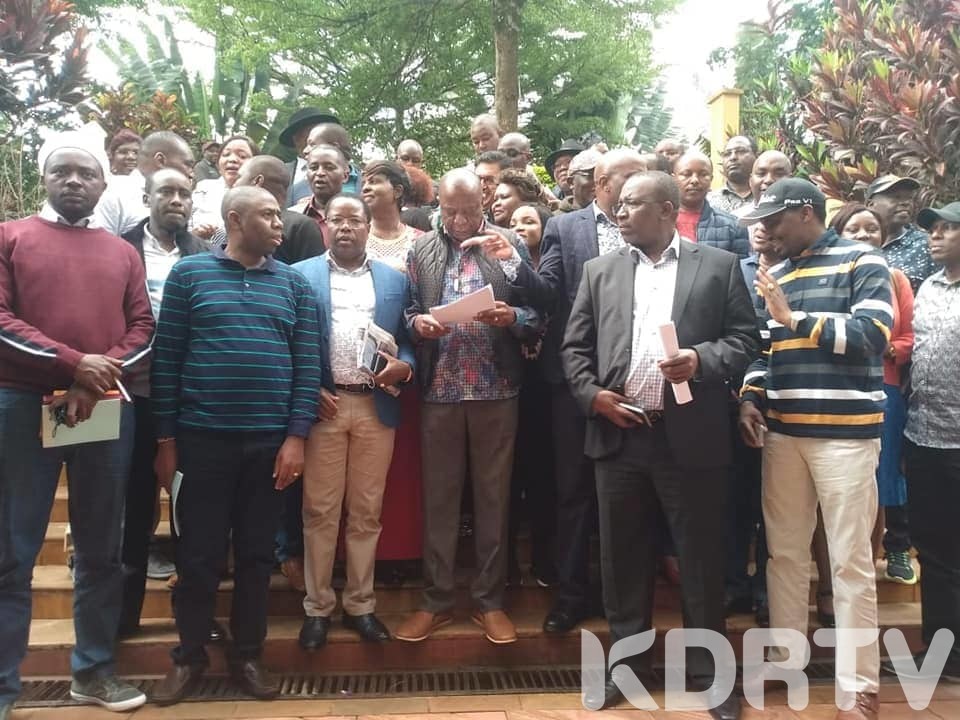 57 Members of Parliament from the Mt. Kenya region have refuted referendum and advised the task force charged with the responsibility of reviewing the Building Bridges Initiative (BBI) report to adopt a cost-effective approach to see the recommendations embraced as laws.

The MPs who were led by Embu Senator Njeru Ndegwa held a meeting at Mountain Breeze Hotel in Embu, where they proposed that BBI should be passed into law via a parliamentary vote and not a referendum.

According to the lawmakers, the referendum was not logical for the already strained economy of the country, and thus the budget that could be bestowed on referendum should instead be used to enhance the agricultural sector.

“We strongly hold that any constitutional amendment in relation to BBI report should be parliament led. Our people are already overburdened. Our national resources should be spared from a national referendum.
It should be avoided. We can use the billions for our youth. For our coffee. For our tea. For our milk. For our health. For Agenda Four programs,” Ndigwa noted in a statement read on behalf of the lawmakers.

Thus, the legislatures reiterated that if the referendum was the only way to adapt BBI recommendations as laws, then referendum was should be carried out alongside the 2022 general elections.

According to lawmakers, the approach would help the country to save a lot as far the expenditure and amount of time are considered.

They said that already the task force led by Yusuf Haji had consumed a lot of money.

“If we must go the referendum route if at all, these broad values and perspectives must drive us. And that referendum must be based solely on the issues raised in the current BBI report.
A process that unites us, not one that divides us. We strongly hold that the referendum should be conducted alongside the 2022 general election,” the leaders said.

The move by the Mt. Kenya region MPs come amid pressure from the political arena that referendum is held so that the citizens themselves decide the fate of the BBI report.

According to Daoreti North MPSimba Arati, the BBI report would not survive if Members of the National Assembly are permitted to vote it in.

According to Arati, DP William Ruto will influence a section of the MPs, and thus, would have the report thrown out.

“There is a problem, let us all agree, there is nothing you are telling us that we are going to Parliament to discuss the BBI report. We know very well that one William Samoei Ruto will buy all MPs and they will bring a big problem to this country. The only court where we will get justice is the one for the common mwananchi,” said Simba Arati.