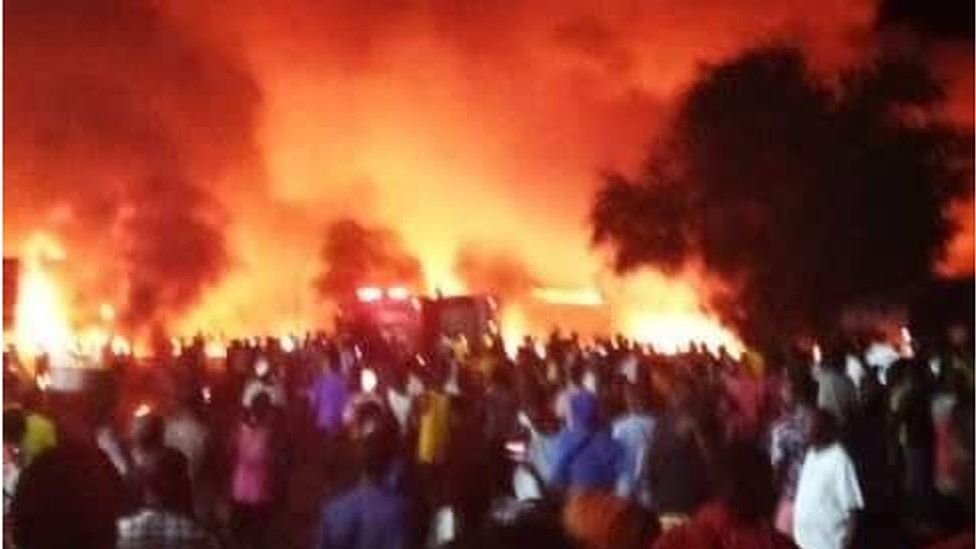 The tragic incident occurred after an oil tanker collided with a lorry leading to a massive explosion.

The fuel spilled and ignited and thus resulting in an inferno that engulfed the bystanders and vehicles parked at the junction.

Footages captured from the scene showed badly charred bodies in the street near the tanker.

President Julius Maada Bio said he was “deeply disturbed by the tragic fires and the horrendous loss of life.”

There is fear that more than 100 people have died after a state-run morgue reported to have received more than 90 bodies.

At the same time, more than 100 people are being treated in various hospitals and health centers.

The explosion is believed to have occurred outside a busy Choithram Supermarket in the Wellington suburb around 22:00 GMT on Friday.