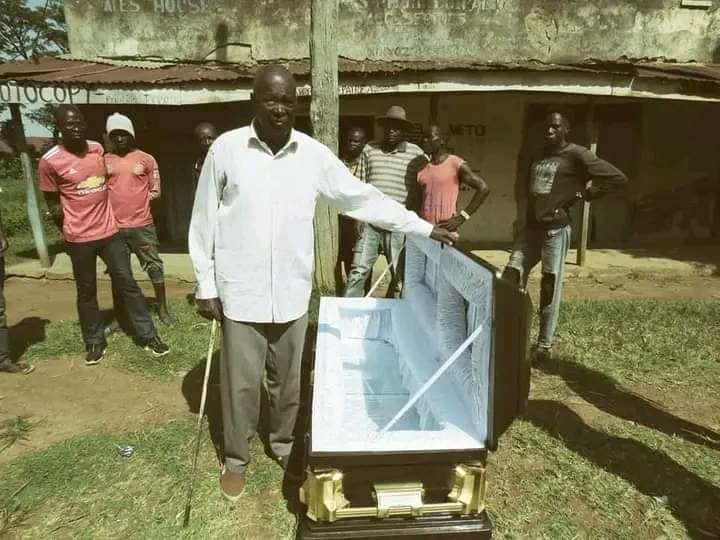 Most of us fear death. The thought of it fills most of us with fear. However, this is not a similar case to an 87-year-old man, Aloise Otieng’.

Aloise Otieng’, an older man who hails from Busia has for the third time bought a coffin worth 58, 000 shillings in preparations for his death. He first bought a coffin in 2009 and another one in 2012. He later said that the coffins went out of fashion and that they should be used as firewood. Ten years later, Mr. Otieng again shocked Busia residents by purchasing another coffin. 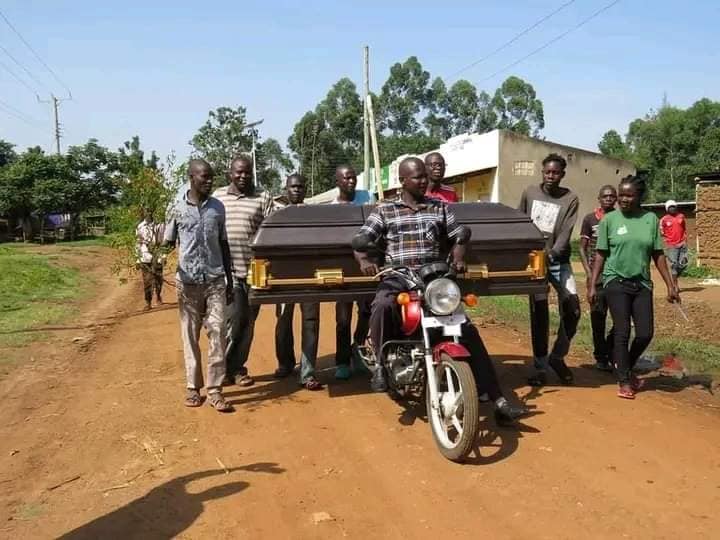 According to Mr.Otieng’, he said that he has a few days to live on earth and he is ready to die without disturbing any of his relatives with burial preparations. He took pictures of his coffin and he was helped around to carry his coffin on a motorbike.

Surprisingly, Mr. Otieng’ got inside the coffin in rehearsal of how he would like to be carried during his burial.

Otieng also added that death has forgotten him and that he will soon be dead. Unlike many, the 87-year-old talks joyously of his death and how he will rest peacefully in his coffin.