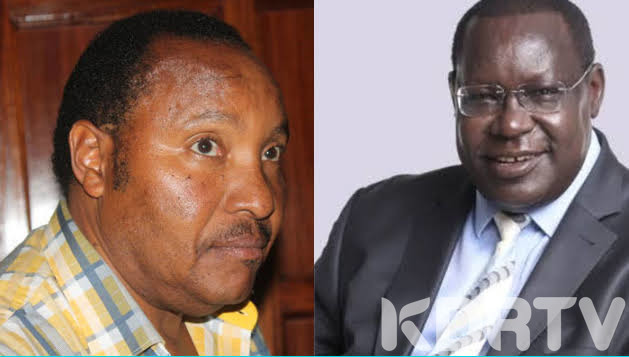 A voter in Kiambu County has resolved to fight the acting Governor James Nyoro in court through an application to stop him from operating as Governor.

The voter Bernard Mburu submitted his applications to High Court yesterday accusing the acting Governor as a power hungry individual who has taken advantage of the absence of the Governor to satisfy his interests.

According to Mburu, since Nyoro resumed office taking over from Waititu, the County Government had been at a stalemate as he has continuously ran things on his own exercising the powers that he did not have.

“There is no law that allows the deputy to act as governor by giving directives and commands. He is using this opportunity to ignite chaos which the people of Kiambu are not ready for,” said Mburu.

Kiambu elected Governor Ferdinand Waititu was suspended from office following graft and corruption charges that are still under investigations.

Nyoro who was his Deputy took over although faced with backlash and castigation about his way of leadership, throwing the county into a frenzy by taking sides between the acting Governor and the duly elected Waititu.

Nyoro consolidated his position by first reorganizing cabinet and directing changes in different dockets of the County Government.

He was challenged after a member of the executive refused the transfer directive, undermining his powers.

READ ALSO: Cornered Governor Waititu Back In Court Again To Try Gain Access To His Office

Ideally, some members of the Kiambu County Assembly have pledged their allegiance to Nyoro, sending messages to the DPP to have Waititu prosecuted and prevented from regaining office powers.

This was intensified after a number MCAs made an application to enjoin in the Sh588 Million graft case against Waititu.

Through his lawyer Samuel Gichigi, Mburu has made it clear that Nyoro has been abusing his given powers and it was time to have him stopped before the County ran into chaos.

“The Deputy Governor has no legal mandate to appoint authority of executive members. The move was uncalled for and filled with cheap politics to have his close allies next to him” said the lawyer, Gichigi.