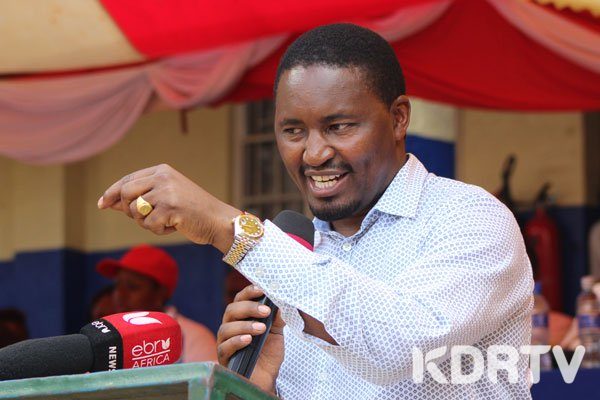 Agriculture CS Mwangi Kiunjuri is a man under siege. Despite calls for shelving the  maize importation plans,  by leaders from regions growing maize, the CS has remained adamant that he will order for importation of maize, claiming the country has a shortage.

Kiunjuri is pushing for the importation of maize, arguing that the country does not have adequate reserves on the back of late rains. The Strategic Food Reserve Trust Fund Chairperson Dr Noah Wekesa, however, argues that the reserves, as well as the expected harvests, offer adequate supplies for the country. This clash of two top officials from the Agriculture ministry points to the deep rooted vested interest, which will have a direct impact on Kenyan maize farmers.

When he led a delegation of officials from the Strategic Food Reserve Trust Fund to Raila Odinga’s offices last week, Dr Noah Wekesa sensationally claimed  that the  current maize shortages being experienced  are artificial, with ‘cartels’ pushing the Government to open the window for imports. These claims he said  are based on certain calculations and assumptions that might be wrong. He further claimed that Kenyans consume 1.5 million bags of maize every month.

Leaders from maize-growing regions of Western Kenya and the Rift Valley  are now demanding for the resignation of Agriculture Cabinet Secretary over incompetence. They accuse Kiunjuri  of mismanagement of the  maize sector by ordering for importation of maize yet  maize-growing regions are expecting bumper harvests in less than two months.

They say the government’s plan to import duty free maize is   a plot to flood the market with cheap maize imports while farmers’ produce rot in their stores. According to the Economic Survey 2019 by the Kenya National Bureau of Statistics (KNBS), the country consumed 44.6 million bags of maize last year, translating to a per month consumption of 3.7 million bags.