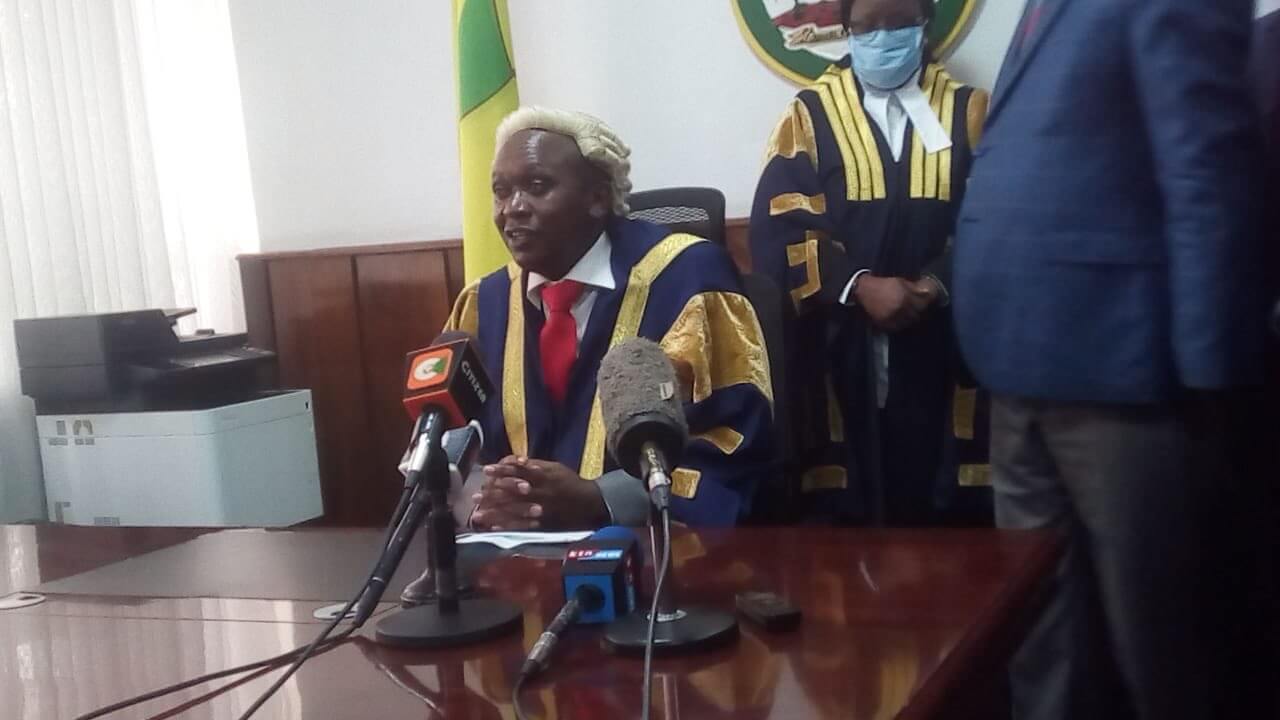 (KDRTV) – Attention has now switched to Nairobi County Assembly Speaker Benson Mutura who is expected to be sworn-in as an acting Governor following Thursday’s dramatic impeachment of Governor Mike Sonko.

Mutura was elected Speaker in August following the resignation of Beatrice Elachi over a poor working relationship with Mike Sonko. Interestingly, both Jubilee and ODM MCAs voted to elect Mutura with all his competitors getting zero votes.

The Speaker is an ex-Makadara MP who lost his election to ODM candidate George Aladwa in the 2017 elections. He had been elected on a TNA ticket in 2013. At the time, just like now, Mutura succeeded Sonko who upgraded from Makadara to be Nairobi Senator.

I want to congratulate newly elected Nairobi County Assembly Speaker, Benson Mutura after his victory in today's polls. I'm confident the former Makadara MP who succeeded me as area MP in 2013, will use his long experience in politics to restore dignity to the honourable Assembly pic.twitter.com/iTHvdJhTyZ

In normal circumstances, the Deputy Governor is supposed to assume the role of Governor if their boss ceases to hold office. However, Nairobi has no Deputy following the resignation of Polycarp Igathe in January 2018.

In such a situation, the law provides that a Deputy Speaker assumes the role of acting Governor, pending a by-election which must be held within 60 days after the impeachment.

Such a situation has never occurred in Kenya as devolution is only eight years old. It will be interesting to see how legal minds interpret the constitution. Kenya is yet to have a gubernatorial by-election with all four vacancies in the office of the governor being succeeded by their deputies. They are Nyeri (twice), Bomet, and Kiambu.

Kenyans are also waiting to see if Sonko will be cleared to seek re-election. And if the Governor is re-elected, will he be allowed to seek another term in 2022?