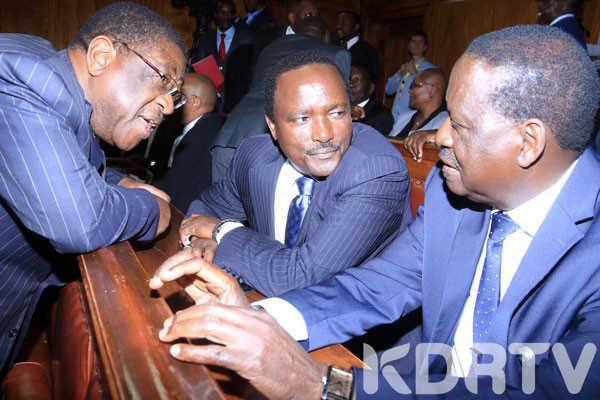 Immediately reports emerged that Busia Senator Amos Wako had been barred from entering the US over corruption allegations, the hashtag #RejectBBI started trending at number one.

On Monday, the US Secretary of State Michael Pompeo released a statement, announcing that Wako, his wife Flora Ngaira and son Julius Wako were not welcome in the country.

This is a big blow to Raila Odinga’s Building Bridges Initiative as Wako is one of the key members of the taskforce which seeks to change the constitution through a referendum.

Amos Wako is a member of BBI Team? This is how confused and rotten our country has become. We embrace corruption, pray to God, steal and despise those who have courage and are clean. A fruit salad of mental sickness! 🗑

Amos Wako is a close associate of Raila Odinga. After retiring from his job as Attorney General in 2011, he successfully vied for Busia Senatorial Post on an ODM ticket in 2013. He defended his seat in the 2017 elections.

Team Member of Building Bridges Initiative (BBI) Amos Wako, has been banned from visiting United States of America (USA) over corruption. USA says Amos Wako is corrupt and they have credible information.

The BBI is already facing resistance from the Tangatanga group led by Deputy President William Ruto who has accused Raila of wanting to create the position of Prime Minister for himself. Wako’s US ban will only raise the noise even higher.

Former Kakamega Senator Boni Khalwale, who has recently become Ruto’s chief soldier has accused Wako of dividing Kenyans by mutilating the 2005 Bomas Draft. He said the Senator is currently using BBI to further divide the country.

In 2005, Amos Wako, then AG, mutilated the Bomas Draft into the Kilifi Draft that divided Kenyans down the middle. Today he is at it again through the BBI. All Kenyans must unite & reject any divisive constitutional amendments meant to serve the political greed of a few Kenyans pic.twitter.com/7YXjDUF1Np

Raila is now between a rock and a hard place on how to deal with the Wako report.