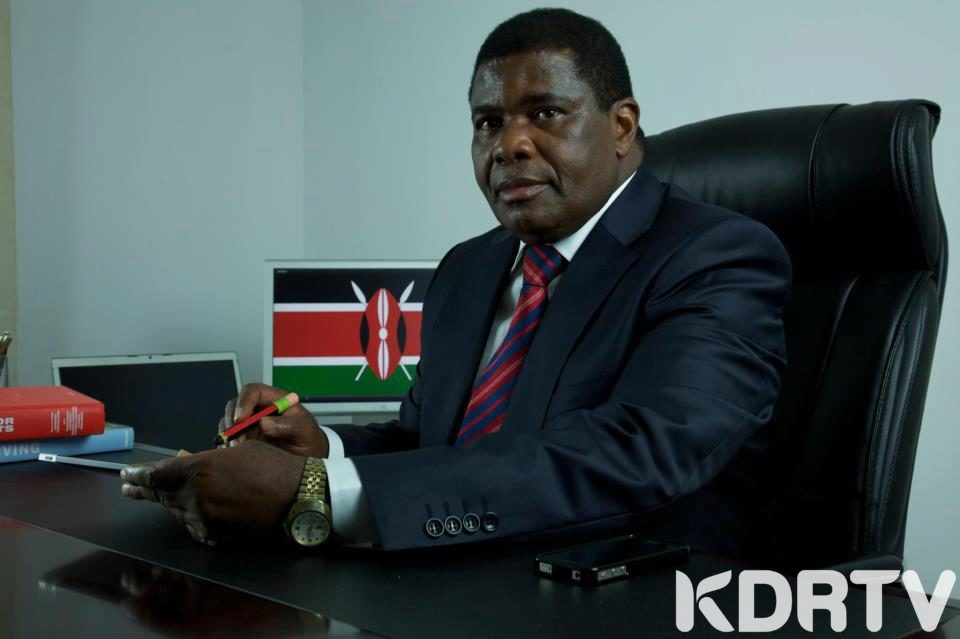 An alleged bare knuckle intimidation targeting Deputy President Dr. William Ruto has been leaked on social media. The conversation is believed to have been made between Jubilee Party Secretary General Raphael Tuju and Former Limuru Mp Mr. George Nyanja.

The clip is believed to have been a conversation between the two firebrand political bigwigs who are heard poking holes into  Dr. William Ruto’s Presidential candidature in the forth coming general election.

In the clip Mr. George Nyanja is accusing Deputy President Dr. William Ruto as being the person behind his woes in his failure to win or capture the Kiambu Senatorial seat in 2017. He claims that Dr. Ruto altered a genuine list with his own preferred candidates from Central Kenya and other Jubilee strongholds across the Country.

In his part Mr. Tuju who doubles up as a Minister without portfolio is daring the Deputy President to build an alleged burnt Church in Uasin Gishu County, failure to which Mr. Nyanja will take a central role to ensure the Church is constructed within a limited time.

In the recent past videos linked to politicians are circulating in social media, ranging from sexual tirades to money laundering. A widely circulated audio clip which is alleged to be for Bungoma Senator Moses Wetangula made head lines in an alleged gold deal gone soar.

Another recent clip doing rounds in social media was an alleged sexual escapade between a female Mp from North Eastern Region and a vocal Mp from Rift Valley in an undisclosed location. The Mp went ahead to sue people she allege to be her political detractors out to tarnish her good records in Parliament and in her local community.

Kenyans have been treated to a rare spectacle of Waheshimiwa in compromising situations, Corruption related incidents and alleged murder circus pitting very powerful politicians in our society.