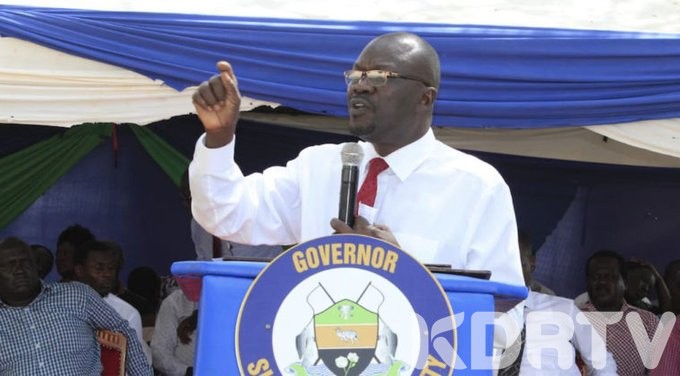 During the presser, the president announced that the country confirmed 126 new cases of COVID-19 with three more fatalities

The president who was addressing anxious nation at the State House on Saturday, June 6, afternoon said that most counties were not prepared enough to handle the novel virus

KDRTV understands that shortly after the president made his statement, Siaya county started trending on social media with many citizens slamming the county`s leadership for inadequate preparedness to halt the spread of coronavirus in the county.

Among the high profile leaders who were netted in the mess include Governor Cornell Rasanga, Senator James Orengo and ODM part leader Raila Odinga

While I agree that James Orengo is answerable to Siaya mess, the Luo Nyanza problem can be fixed by ensuring credible ODM primaries. Rasanga lost to Gumbo, Nyong'o to Ranguma, Obado to Ayacko & Awiti of Homa Bay lost to Oyugi. The worst happened. #UhuruKenyatta #Memes #6thjune pic.twitter.com/NyRZBZT68W

Siaya is the home county of Enugu King Raila Odinga. What do you expect from the Lord of Poverty?

He is busy running up and down with Atwoli, fighting Ledama Olekina and DP Ruto but home is just premium tears.

Remember James Orengo is the senator of Siaya, Premium Tears…