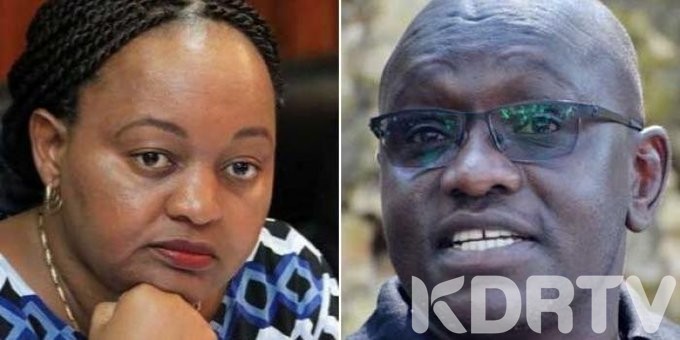 Third Way Party Alliance through their Lawyer Eunice Ng’ang’a have filed a petition in court seeking reinstatement of the Punguza Mizigo Bill in Kirinyaga County Assembly.

The petition was filed yesterday at the High Court accusing the County Speaker for breaching the constitution by following an illegal process of withdrawing the bill from the Assembly.

According to the petition, the Third Way party Alliance wants the courts to reinstate the motion regarding the bill and have it debated afresh following due process.

“We want the court to revoke the decision made by the County Speaker of Kirinyaga terming the Punguza Mizigo Bill withdrawn. The process followed to withdraw the bill was illegal and unconstitutional,” said Ng’ang;a the Petitioner’s lawyer.

Kirinyaga County Assembly and its speaker Joel Wagura were on Thursday, September 19, sued by the Ekuru Aukot-led Thirdway Alliance. #PunguzaMizigoBill2019https://t.co/fQFitEiPAB

Additionally, the petitioners want the speaker compelled to reintroduce the bill at the Assembly and forced to conduct public participation in accordance with the constitution and laws of good governorship.

The Punguza Mizigo bill wa rejected in Kirinyaga County hence resulting to an ensued war between the Governor Anne Waiguru and Ekuru Aukot who orchestrated the bill.

It was never debated at the County Assembly as immediately it was tabled by the majority leader Kamau Murango, a motion was passed to shove it aside and exempt the Assembly members from tiresome debate procedures.

This move was received differently by leaders, with the County Governor appraising the County Assembly for the move terming the bill detrimental to the people.

“I would like to thank and appraise the County Assembly for Kirinyaga for throwing out the Punguza Mizigo Bill. The bill is very detrimental to our people and the best move was to reject it,” said Waiguru during a press briefing.

Waiguru had been quoted and on several occasions and openly supported the Building Bridges Initiative by Raila Odinga and Presiden tUhuru Kenyatta.

The rejection of Punguza Mizigo bill was therefore a relief since she had been against it right from the start and asked his County Assembly members to reject t.

With the proceedings still pending in court, the tough war between the governor Waiguru and Aukot is not likely to end soon.