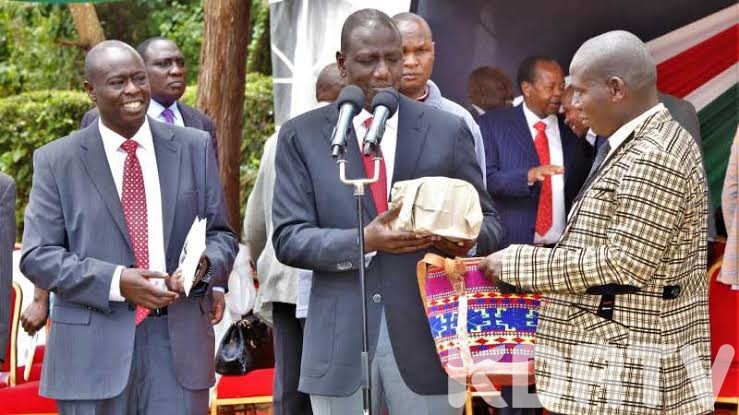 The DP William Ruto has received an extended invitation for fundraiser by Atheists Group of Kenya, with the memo centered on generosity.

The Atheists in Kenya Society through a letter made their intentions clear by asking the DP to finance some of their activities and be as generous as he has been to churches.

“We would like to extend our invitation to the DP Ruto for a fundraiser at Metro Hotel Nairobi. He has been donating millions to churches and it would only be fair if he graced us with the same,” read the letter.

According to the Atheist Group, the DP has exercised generosity since his re-election by making donations of huge amounts of money in different churches.

The aim for their fundraiser is to set up schools and hospitals of different values from Muslim and Christianity.

“We plan to build schools and training centers that will help government in eliminating street kids. This project will support jobless Kenyans through training based on secular values,” read the letter.

Atheists in Kenya President Harrison Mumia has been one of the most vocal and controversial man in Kenya through his active social media pages.

He has made his stand on atheism very obvious and prepared to debate any ideologies linking religion and a super powerful being. Early this year he was on the spot for some form of utterances that cost him his job.

It is no doubt that DP Ruto is known for making huge donations to churches and staging PR stunts to align him with being close to the people, famously referred to as the ‘hustler nation’.

He has been criticized for the same but has stood firm and made it obvious that he was doing an act of service that was harmless.

The Atheists Group has therefore used the history to have him make contributions to their activities and offer financial support just as he has done with the Christianity religion.