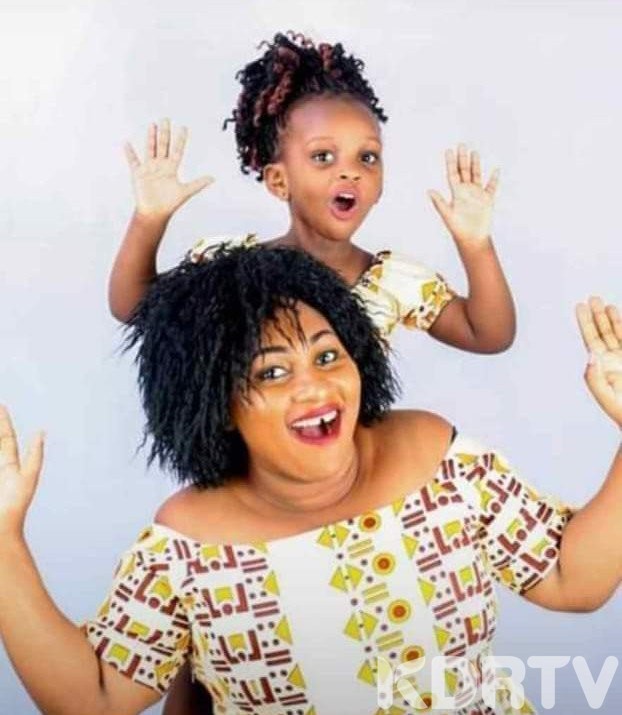 The victims of the Likoni Ferry Tragedy, in which a car plunged into the Indian Ocean on Sunday evening have been identified.

According to pictures shared on social media, the two females have been identified as 35-year-old Mariam Kagenda and her 4-year-old daughter.

The daughter is a pupil at MM Shah Academy in Mombasa. The school sent out text messages to parents on Monday morning confirming they had lost one of them.

The accident happened when their car, a Toyota ISIS with registration number, KCB 289C plunged into the ocean, a few meters from the mainland.

According to several videos shared on social media, the car took a few minutes before it sank with helpless onlookers photographing the whole ordeal, having nothing to do.

#LikoniFerry UPDATE: Mariam Kigenda, 35, and her 4-year-old daughter were on board the Toyota ISIS KCB 289C that plunged into the Indian Ocean yesterday evening after sliding off the ferry. The vehicle is yet to be recovered and is lying 60m deep in the channel. pic.twitter.com/uML6tW5oT3

The accident has raised several questions about the level of disaster preparation at the ferry which is used by thousands of people on a daily basis.

Meanwhile, the Kenya Ferry Service has not retrieved the remains of the victims, more than 12 hours since the accident happened. The process had not started by the time of going to press.

#LikoniFerry tragedy: Plunged vehicle lying 60m deep in the channel; available oxygen tanks can last the divers for only 30m deep, Kenya Ferry Services currently in talks with the Kenya Navy to get more oxygen, they say pic.twitter.com/y6dExugJfC

Families of the victims camped at the ferry on Monday morning, hoping that they would get bodies of their loved ones. But there has been nothing forthcoming, even as it was reported that KFS top brass were holed up in a meeting over the crisis.

'There are no divers…'

Meanwhile, KFS was on the receiving end of social media backlash on Monday morning after posting an insensitive tweet, which suggested that they had moved on from the tragedy.