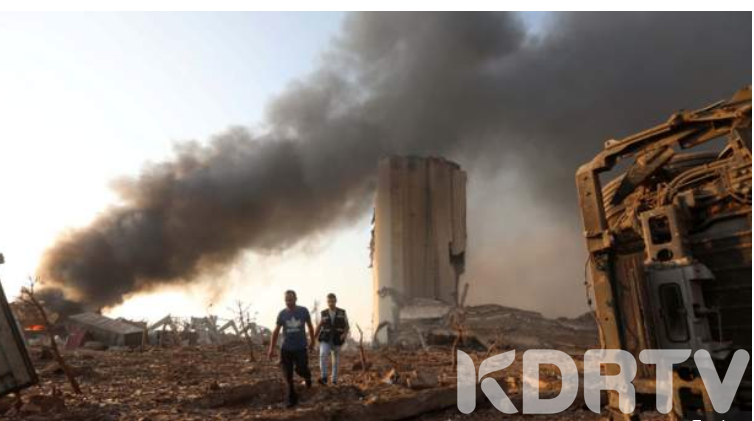 (KDRTV)-International leaders are set to convene a virtual meeting on Sunday, August 9, 2020, to foster aid for Beirut, five days after the fatal blast which destroyed the Lebanese capital

KDRTV notes that the virtual meeting is scheduled for 14:00 Lebanon time (11:00GMT) and it is organized by France and the United Nations

…We will be having a conference call on Sunday with President Macron, leaders of Lebanon, and leaders from various other parts of the world. Everyone wants to help!

Officials account that at the warehouse where around 2000 tonnes of ammonium nitrate caused damage worth £11.5bn

According to our previous reports, at least 150 people were killed and about 5000 people injured and 300, 000 others were left without homes

Our analysis reveals that before the massive Beirut explosion, already Lebanon had plunged into an economic mess as she was trying also to battle the novel coronavirus

Severally tumults had been done earlier to responding to the financial situation of the country and its collapsing currency.

So far, Information Minister Manal Abdel Samad announced her resignation on Sunday citing the failure of the government to establish reforms and Beirut explosion was just one of them

KDRTV has seen a statement from Frances presidential palace which announced that the Sundays conference “will aim to mobilize Lebanon’s main international partners and to organize and coordinate emergency support from the international community”.

Europen Union members, China, Russia, Egypt, Jordan, and the UK among others will attend the virtual conference