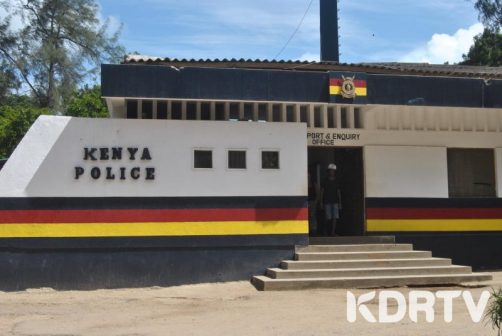 A bizarre incident has shocked many as a son beheaded the father and put his head in a bucket in Laikipia County, Nanyuki town.

Peter Ndegwa, 59 years of age, was involved in a domestic dispute with his Dennis Mwangi who resorted to cutting off his head and putting it in a bucket for display.

The cause of the dispute has not been made clear although the neighbors suspected it had to do with property.

The worst part is that unlike any criminal who commits crime and disappears, Mwangi did not even attempt to hide.

Instead, he took the bucket with the beheaded head and paraded it outside for everyone to see.

The neighbors were utterly shocked before the police were called upon.

Ideally, one of the neighbors narrated that the old man had been unwell and kept indoors for a long period of time with very limited visits.

He said that he heard screams and wailing before the son came out with head and paraded it in the bucket.

The OCPD of Laikipia County affirmed the incident projecting that the motive for the killing was unclear and under investigations.

The body of the deceased was taken to Laikipia Referral Hospital for preservation.

Incidents of domestic disputes have been highly on the rise and are among the leading causes of deaths.

Mental illnesses have engulfed the aspects of the society such that instead of dispute resolution methods in an amicable way, people resort to violence and death therein.

This is very sad as very many families are losing their loved ones through such gruesome deaths.