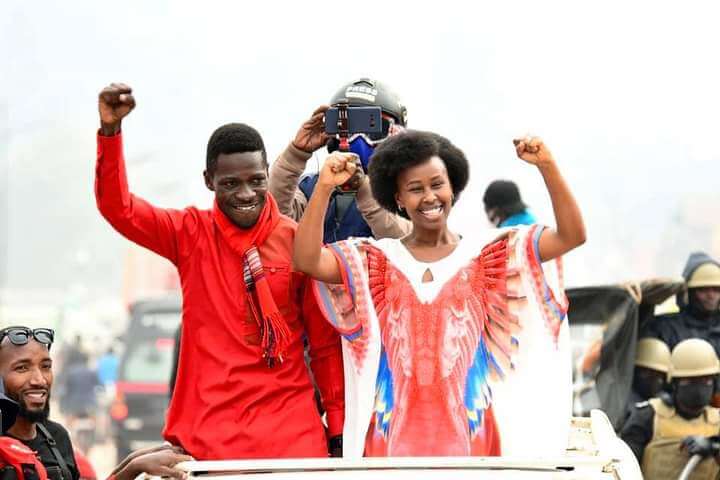 (KDRTV) – Barbie Kyagulanyi, the wife of Uganda opposition leader Bobi Wine has claimed that she has been unable to receive calls on her phone on the day of Uganda’s presidential elections.

She claimed that this could be a deliberate attempt to block her from communicating with National Unity Platform (NUP) agents in different voting centres across the country.

“My telephones have all been blocked from even making regular calls. I know that this is to stop me from communicating with our election agents who are out there to secure our vote tomorrow (Thursday),” Barbie announced on Wednesday evening. She urged NUP agents to use an alternative number from the election command centre to call her.

In another post, she claimed to have reached out to her telephone service provider but they could not tell her why she couldn’t make calls on her cell phone.

“For a full hour, I engaged my phone service provider customer care desk and they have no explanation whatsoever for their withdrawal of direct calls from my phone,” she added.

Barbie warned that blocking her calls won’t hinder them from removing dictator Museveni from power.

Bobi Wine announced on Wednesday night that the government had blocked the internet in Uganda, a move he said, was meant to stop flow of information.

Ugandans woke up on Thursday morning to vote in an election that has been marred by chaos and a crackdown on the opposition.

Museveni, who is seeking to extend his 35-year rule at the helm of power deployed military tankers on the capital Kampala.

Apart from blocking social media, the government also declined to grant access to accreditated election observers from the elections.