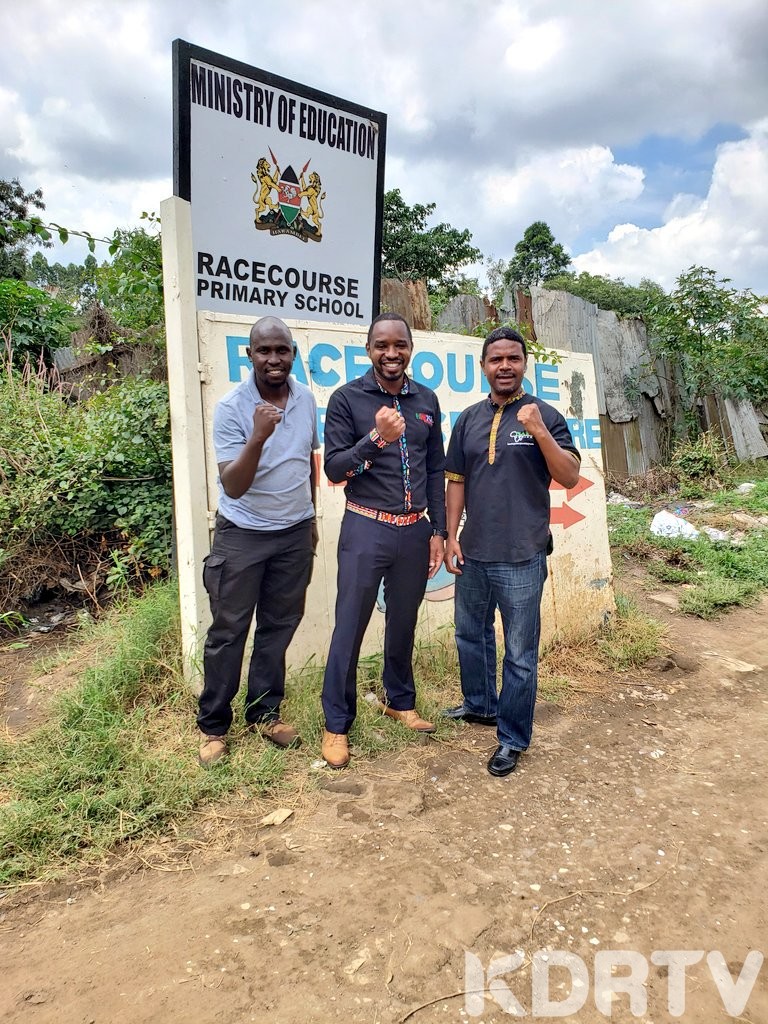 Firebrand activist Boniface Mwangi has managed to reclaim public land that had been grabbed by a private developer at Racecourse Primary School.

The activist, protected by the police, led the public in demolishing a structure that had been put up by the developer on the 2.5-acre piece of land.

But Mwangi accused City lawyer Ahmednassir Abdulahi of representing the developer in court, despite knowing that the land had been grabbed.

.@ahmednasirlaw is the lawyer to a landgrabber who had stolen part of Racecourse Primary School.The grabber even attempted to bribe @EACCKenya.We finally got the title, today we demolish the structures he had bulit in the school illegally. In July he used cops & goons to stop us. https://t.co/CLJxwBjlzM pic.twitter.com/ArnFs5P7Wl

He went ahead and accused the lawyer of blackmailing judges to make favourable decisions for him with the information he gets from the National Intelligence Commission (NIC).

“Subreme goat Ahmed Nassir was the lawyer for National Intelligence Service. He uses the information he accessed from NIS to blackmail judges for favourable rulings. When you talk about lawyers who bribe and blackmail judges, he tops the list,” Mwangi said through a tweet.

He said the alleged land grabber tried to bribe him and the EACC but failed. It is not clear if the lawyer was involved in the bribery allegations.

However, Ahmednassir, has denied claims that Mwangi helped reclaim the land. He said the decision was made through a court order.

“Yes my law firm represented a party. We advised the client to give up the land to the school. He gave up years ago. The case was settled in court,” Ahmednassir said.

The lawyer accused Mwangi of trying to use extortion to raise money.

Despite the online beef, Mwangi shared pictures of himself with police officers at the school.

A rare happy photo of me smiling alongside police officers. Alice, OCPD Starehe, Kioko, OCS Pangani and 2 officers deployed to protect us as we demolished the landgrabber's fence. It's official, Racecourse Primary School landgrabber has been evicted. @ahmednasirlaw good day ✊🏾. pic.twitter.com/svSwzP8N16