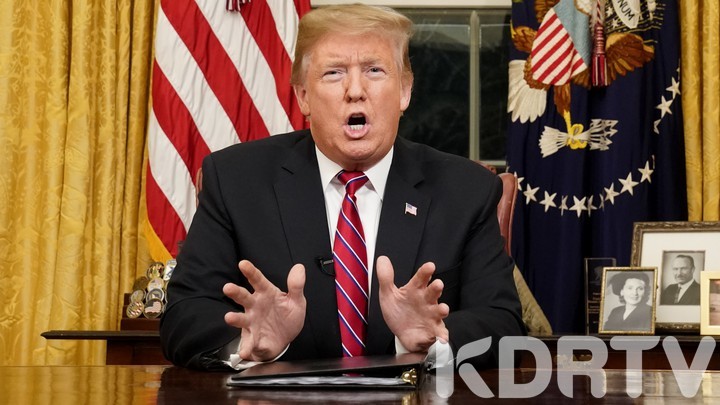 KDRTV-President Donald Trump has suspended all flights from Europe to the United States from Friday midnight March 13th, 2020. The President took the measures to curtail the spread of the COVID-19 Virus which has now been diagnosed and confirmed in several states in mainland US.

The President while announcing the measures from the OVAL office in Washington DC has described the scourge as worrying and needs stern measures to contain it. The only Country which was spared by the US President is the Great Britain which will continue to have direct flights as the public health department continue to monitor the situation.

Over 35 deaths have been reported in the US the first causality being a Nursing home in Washington state where it claimed 11 people in the same facility which is now under quarantine.

Read more:Ngunjiri Wambugu: Why I am Against Ruto’s Impeachment

The Airlines Industry has been hit so hard with over 70% of flights cancelled locally in the US and a staggering 75% across the World.

China is claiming to have contained the virus but the reports have not been confirmed. In Europe Italy is the worst hit with almost 1000 deaths reported and over 10,000 confirmed cases.

The Prime Minister has ordered close-down of worship places, clubs, malls with the exception of pharmacies and food stores.