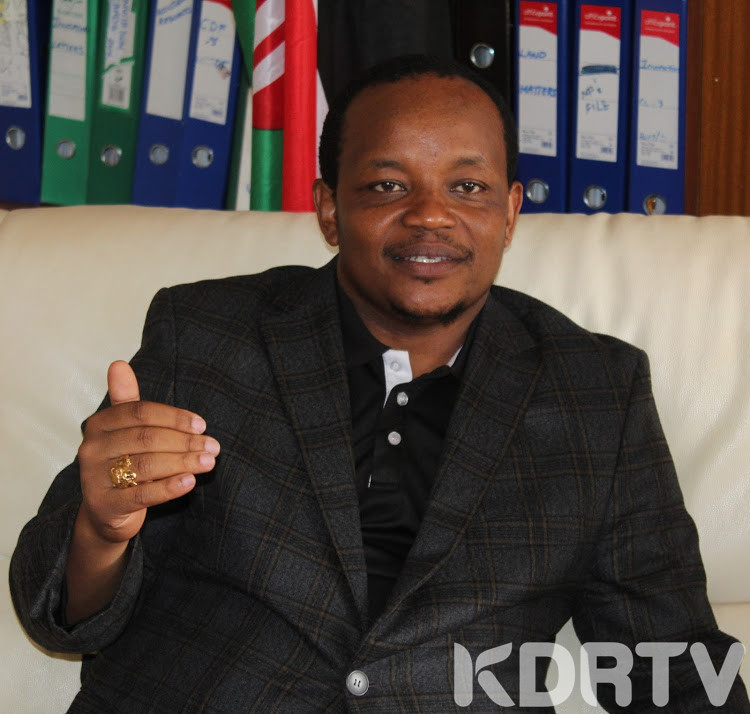 (KDRTV) – Nyeri Town MP Ngunjiri Wambugu has said that there may not be enough grounds to impeach Deputy President William Ruto.

However, Ngunjiri said that the current predicaments facing Ruto are self-inflicted. He claimed that Ruto’s woes emanate from the fact that he wants to be Deputy President and campaign for 2022 at the same time.

” Impeachment is a political process. It’s unfortunate that we are even thinking about it. We should not be here. The DP needs to take a step back and analyse the conflict that’s coming from him trying to be Deputy President and 2022 Presidential Candidate,” he said in a long Facebook post.

Last week, Senate Minority leader James Orengo claimed that he would introduce a motion to impeach Ruto on the floor of the house. He said Ruto should be impeached over his involvement in the fake firearms scandal.

“Watch this space. In two weeks, we will start the process that will see us deal with him,” Orengo said during a funeral in Siaya.

Ngunjiri has now advised Ruto to resign from the government and concentrate on his campaigns. He said this is the only way he would avoid impeachment.

“Let him of his own initiative, decide which role he will give up – because he clearly cannot carry out both in the circumstances. Then let him voluntarily give it up. Then we – as Parliament – will not have to take the country through the rigours of an impeachment process,” he added.