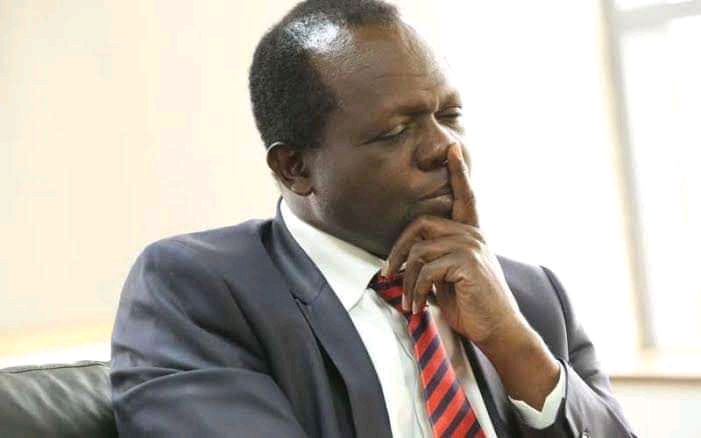 Mama Mary Odiyo Tuju passed away on Wednesday night while undergoing treatment at Nairobi Hospital where she had been hospitalized early this year after being diagnosed with cancer related complications.

Uhuru termed Mama Mary Odiyo Tuju as a goal oriented community leader who largely invested in the virtues of education and built foundation pillars of better lives to young people in the society.

“Mama Mary was a known and highly respected community leader who believed in the virtues and benefits of education. Her belief that education was the foundation of life was the inspiration that led many from her community to pursue education, and become productive members of society,” the head of state president Uhuru Kenyatta expressed sympathy.

Having been lost such a family matriarch especially when the country is heading to a general election, the country’s boss prayed that SG Raphael Tuju finds solace and counts it gone to re-energize himself for a life battle.

“We will forever be grateful for the work she has done for our nation and for raising a strong family which has continued to contribute to the socio-economic transformation of our country.

He pledged to walk hand in hand with Tuju during this trying moments.

“I pray that God will shed his love and peace in your hearts as you mourn the demise of your beloved mother. I assure you of my prayers and support as you come to terms with the death of your family matriarch,” President Kenyatta noted.