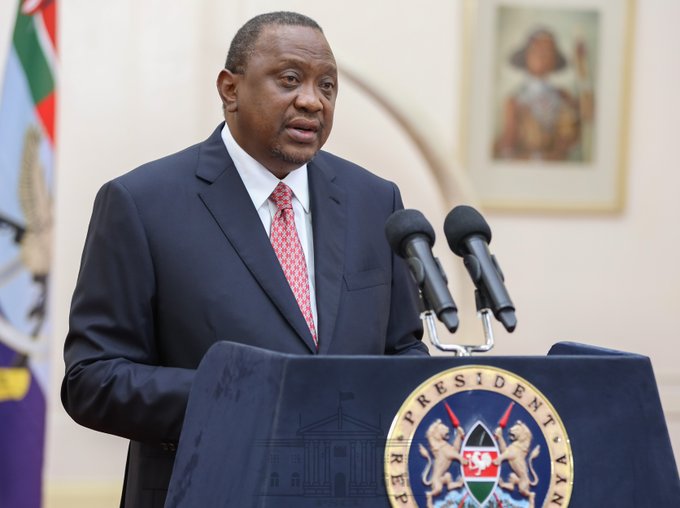 Addressing the nation on Monday, the President revised curfew hours to start from 11 PM – 4 AM.

“The nationwide curfew enforced throughout the territories of Kenya is hereby extended for a period of 60 days. The curfew will run from 11 PM at night to 4 AM in the morning,” Uhuru said.

BREAKING: President Kenyatta extends nationwide wide dusk-to-dawn COVID-19 curfew for another 60 days from 11pm to 4am. Lifts order prohibiting the sale of alcohol in bars from tomorrow. Directs bars to be closed by 10pm pic.twitter.com/f75CcWgEjD

However, the good news is that the President reopened bars and night clubs which will operate until 10 PM.

In the new measures to curb the spread of COVID-19, the President revised the number of people attending weddings and funerals from 100 to 200. Churches will be allowed to have a third of the normal capacities.

He threw the challenge back to Education CS George Magoha, asking him to come up with an academic calendar when schools are ready to reopen.