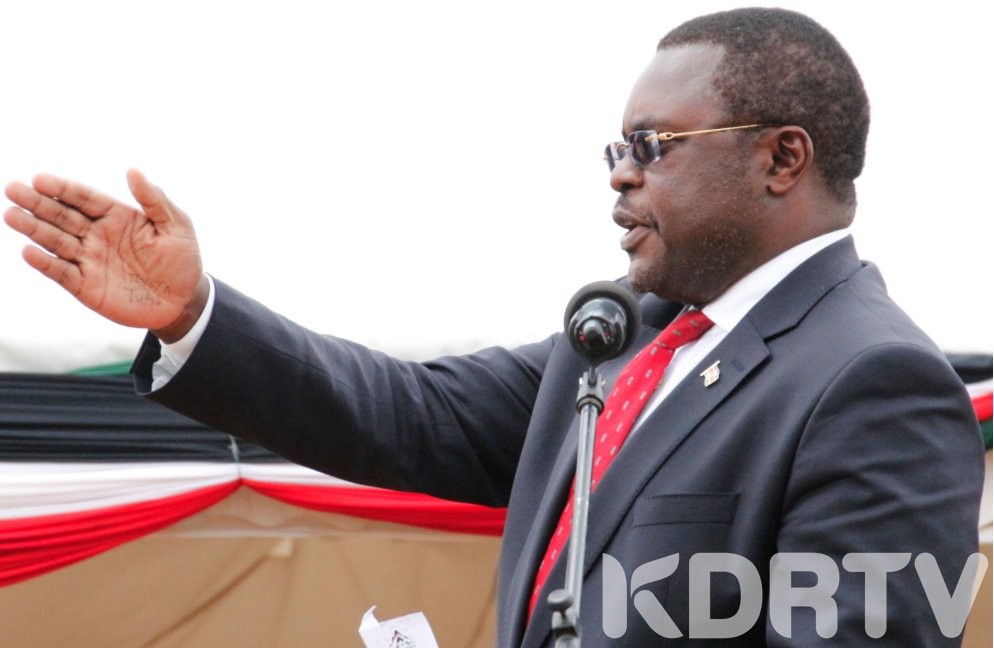 (KDRTV) – Kimilili MP Didmus Barasa’s dramatic exit from Tanga Tanga has opened a can of worms into the high stakes’ Bungoma Gubernatorial Race.

Barasa announced on Sunday that he will be taking a back step from Tanga Tanga rallies.

However, on Monday, the MP was pictured together with Kakamega Senator Cleophas Malala and newly elected Matungu MP Peter Oscar Nabulindo.

Welcome Back home Hon. Didmus Barasa. Mulembe Nation must be unified. It's great you've noticed that a wheelbarrow won't help you. 🤝 pic.twitter.com/r4Li5yTpFO

It has now emerged that Barasa was aware of advanced plans by Westlands MP Tim Wanyonyi to join Tanga Tanga and vie for Bungoma Governor.

Wanyonyi, the younger brother to Senator Moses Wetangula, has been endorsed by a section of DP William Ruto’s allies led by Sirisia MP John Waluke.

But I hear that Tim Wanyonyi is heading to Tanga Tanga which he believes he can use to vie for Bungoma governorship.

Waluke and Barasa have had a frosty relationship since 2018. It now seems this informed Barasa’s unexpected exit from Tanga Tanga.

Wanyonyi, was elected on an ODM ticket in both 2013 and 2017. In December 2018, ODM leader Raila Odinga publicly backed him to be the party’s flag bearer in Nairobi Gubernatorial Race in 2022.

It is not clear why the MP would leave the that endorsement to go back to his native Bungoma.

If he joins the race, Wanyonyi, a career lawyer will come up against current Governor Wycliffe Wangamati and Senate Speaker Ken Lusaka.

the ring. Bungoma county is not a testing ground for Wannabes. Watu waache muchezo.

According to political analysts, it will take more than a miracle for Wangamati to retain his seat.

The county boss, a political novice, has fallen out with all his allies since he was elected in 2017.

Wangamati allegedly dug his own grave after he joined forces with Senator Wetangula’s enemies. The Governor was among the leaders who staged an unsuccessful coup to oust Wetangula as Ford Kenya Party leader last year.

Wetangula fought tooth and nail to put Wangamati at the helm of the county, despite the later having zero experience in a public office.

Lusaka, according to analysts, is the favorite to win the seat he lost in 2017.

Though the speaker has not declared his interest in the job due to his current role, KDRTV understands that he has been working behind the scenes ahead of the race.

Lusaka has made several trips to Mt Elgon, the only non-Luhya constituency in Bungoma. The speaker is likely to pick his former deputy Hilary Chongwony as his running mate again.

After retaining the Matungu and Kabuchai parliamentary seats within ANC and Ford Kenya, there is a growing believe among Luhya leaders that the community can unite at last.

Politicians like Didmus Barasa and Malala are working behind the scenes to ensure this happens. These politicians will work hard to lock Raila and Ruto out of Western Kenya.

It seems securing the support of such politicians, will play a critical role on who becomes next Bungoma Governor.

Lusaka comes from Kimilili Constituency and will likely be backed by Barasa. The speaker’s frosty relationship with Senator Wetangula has also melted following there time in the Senate.

It seems Lusaka will be the ‘Luhya candidate’ in Bungoma.

But will Wetangula throw his kid brother under the bus and support Lusaka?

If Tim Wanyonyi was to vie, what would you that mean for Wetangula’s spot in the Senate. We can’t have a Governor and Senator coming from the same family.