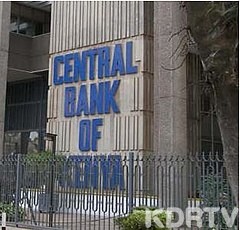 The Central Bank of Kenya (CBK) has failed to meet the demonetization target of 217 Billion after introduction of new currency.

According to the CBK Governor Patrick Njoroge, with only one  day to the deadline only 100 billion has been exchanged which is half the intended amount.

Njoroge also said that only 24 people have been involved in exchange of cash above one million and in huge amounts.

This is a disappointment since the CBK had intended to flash out the dirty money in the economy by tirelessly working and keeping government officials in a bid to have them trapped for embezzlement and other graft charges.

Coming at a time where corruption and embezzlement of public funds were rampant, the CBK laid down a strategy to have fraudsters led directly into the den of lions.

For instance, it was discovered that the whole plan from printing of new currency and introduce it on a holiday which was Madaraka day to prevent people from going to court and stopping the process.

Well, the trick worked although efforts by human rights activist Okiya Omtatah were fruitless as the court ruled in favor of the new currency terming it legal.

There have ideally been excessive spending where people of the public have bough property in huge amounts of cash or even opened new businesses to have the money disposed.

The CBK has failed to meet its target, and with the deadline set for tomorrow, it is uncertain whether a new trick will be unleashed to have the money flashed out.