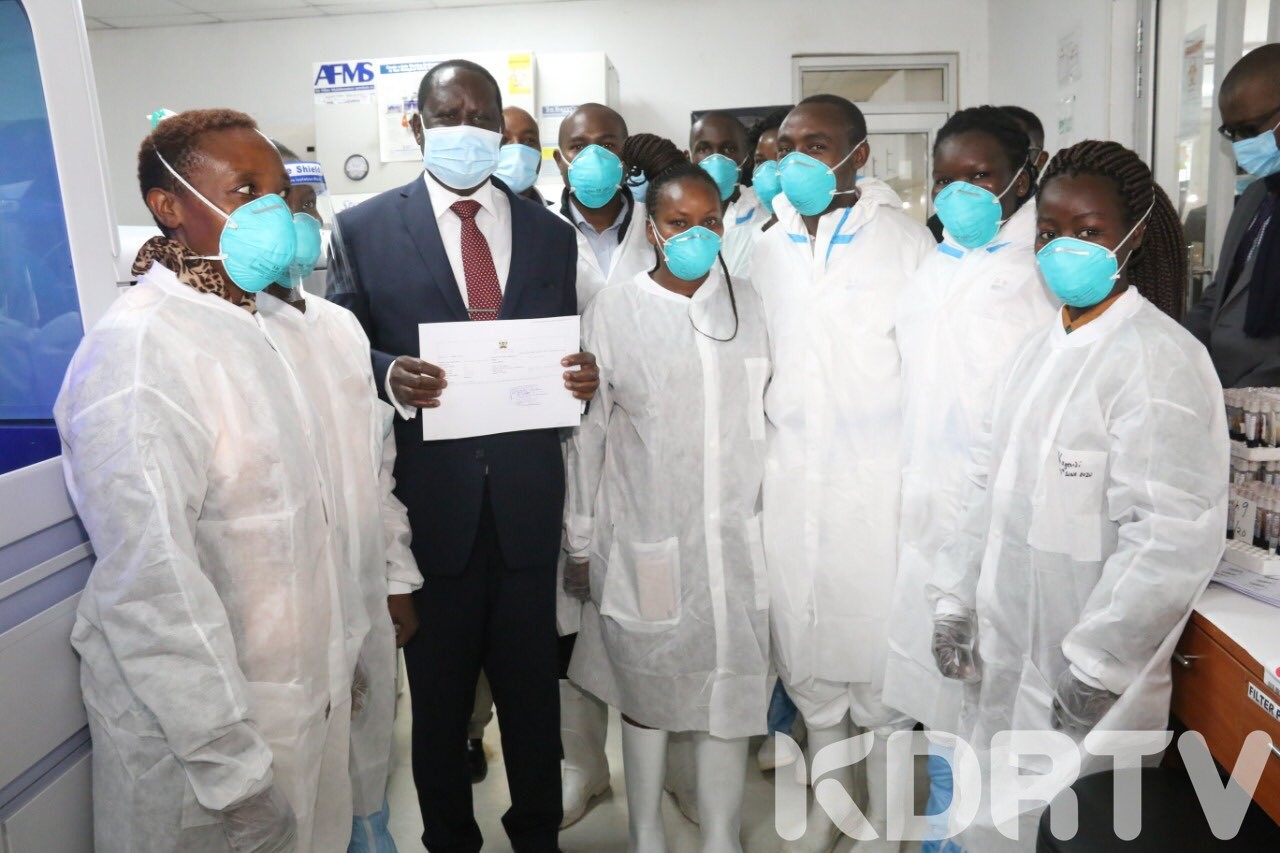 (KDRTV) – When Raila Odinga announced on Sunday that he had taken a COVID-19 test at Mbagathi Hospital, there was always a fear that he may not accept the results.

Baba was on the receiving end of brutal jokes from KoT, who claimed that he may instruct his trusted lawyers James Orengo and Otiende Amollo to contest the results at the Supreme Court.

However, the ODM leader went back to Mbagathi on Monday morning for the results and he announced on Twitter that he had tested negative. He even received a certificate to confirm his status.

Read Also: Ruto: My Only Mistake is that My Father was a Peasant

“Just received my COVID-19 test results which came back negative. I commend @KEMRI_Kenya and Prof. Matilu Mwau of the Testing Centre, for the professionalism and efficiency displayed. Once again, I appeal to Kenyans to take tests, sanitize and observe social distancing,” Raila said after receiving his results.

It is this tweet that triggered some excitement on social media with several people congratulating the former Prime Minister for accepting the results. It is not every day that baba trusts a system.

congratulations for accepting this result without calling your supporters to demonstrate over it.

The only results baba has accepted since 1997😂😂

This is the only result you accept okay #IsioloGovernorDelivers

Some people also trolled Baba for treating COVID-19 testing like it is a big national function. How now?

Welcome to Kenya where a politician testing negative for Corona Virus is an event !

In 2007, Raila was rigged out of the Presidency in the last minute after the Election Commission of Kenya (ECK) under the leadership of Samuel Kivuitu announced Kibaki as the winner in very controversial circumstances. Kibaki was sworn in at 7 PM. The events plunged the country into war.

He contested for the Presidency in 2017 and lost to Uhuru again. However, this time he successfully convinced the Supreme Court to nullify the elections over massive illegalities and irregularities. He refused to contest in the repeat elections. However, he joined government through the famous March 2018 handshake with Uhuru Kenyatta.

Subscribe to watch latests videos
In this article:COVID-19 in Kenya,Headlines,Raila Odinga