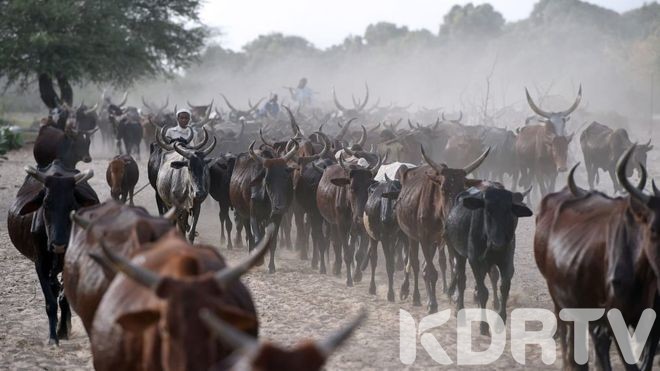 Chad Repaying Debt Of 100m To Angola With Cattle

Reports intimate that Angola with receiving a total of 75, 000 cattle over 10 years, implying that it has accepted payment of $1,333 per cattle

Despite the fact that Angola is rich in oil, the country is still struggling to recover from the legacy of a 27-year civil war that ravaged the country after independence

Livestock makes 30% of Chad`s exports, and it is the major source of foreign income in the country after oil

KDRTV had previously published a report where World Bank described Chad`s economy as that one which “remains fragile” due to considerable risks, such as oil price volatility and regional insecurity impacted by the militant Islamist groups operating in the region