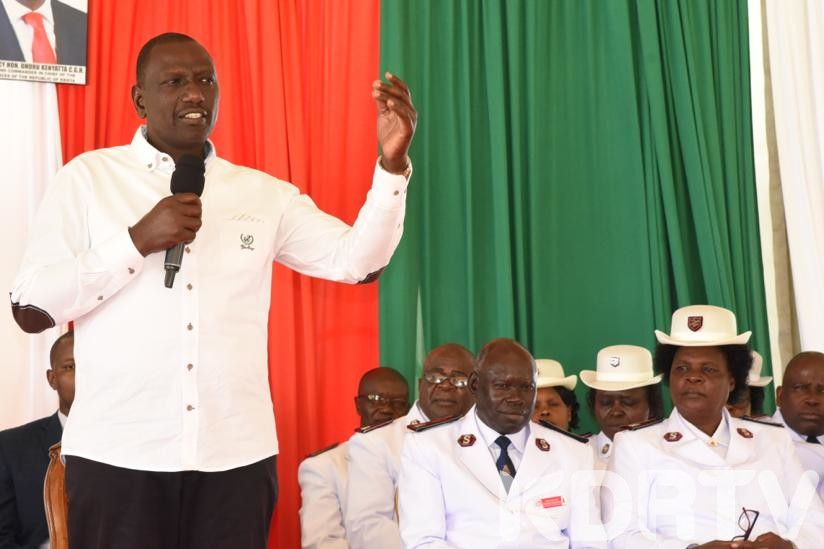 A Gazette notice showing the case was filed by Beth Kahara and six others. The case was first mentioned on November 7.

So "William Ruto, has filed a commercial suit at the high court to have AMACO declared bankrupt at a time when thousands of Kenyans have filed suits against Ruto's insurance firm for failing to pay claims" via Caleb Simba pic.twitter.com/OlXMIMrKRT

The petitioners have called on all creditors and contributors of Amaco to appear for hearing of the case on January 30, 2020.

A Copy of the Gazette Notice It's hardly 3 weeks since this decree was made and AMACO Insurance has already filed for bankruptcy after all its government tenders were cancelled.

How illiquid are these firms owned by politicians? Their competitive edge is having a Godfather sitting in top government offices. https://t.co/B9DScTO31G

In August, a local daily revealed how  Amaco Insurance has had a running contract since 2013 to insure Nairobi County government vehicles.

On the other hand, the same company has an ongoing three-year contract with Arbab Auto Care Ltd, a garage located on Kangundo Road, where the county government’s vehicles are taken for repairs.

Sonko was arrested in early December and is facing 18 counts of corruption and misuse of office charges.

DP Ruto, has publicly stated that Sonko will bounce from his current woes.