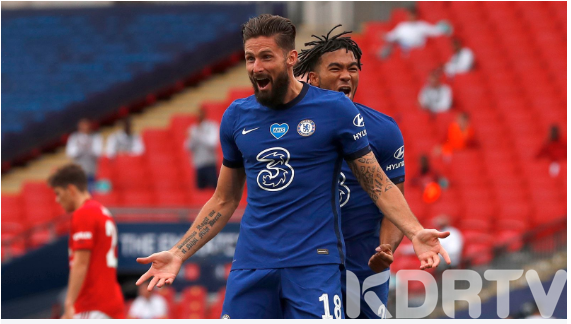 David Degea`s two faults contributed to the blues victory in a game that Oliver Giroud emerged as the man of the match.

KDRTV understands that the United`s keeper is under piled pressure after a series of mistakes this season and his team was left with no option but to quit FA battle after his poor attempts to keep out shots from Oliver Giroud and Mason Mount.

The blues secured the third goal after Miguire diverted a cross past De Gea at his near post scoring own goal.

However, Bruno Fernandes at the 85th minute converted Manchester United`s 19th penalty of the season

Chelsea had lost their three previous matches against United this season

Manchester United who said bye-bye to the FA cup must now bestow much of their efforts to finish in the top four before they sign in for the Europa League.

The blues will now meet Arsenal in the FA Cup finals that will take place on August 1, 2020.

Pogba, Martial and Greenwood all began on the bench as Mount and James start on the Chelsea side

Unfortunately, for the United, Eric Bailly had to be stretchered off after suffering a head injury 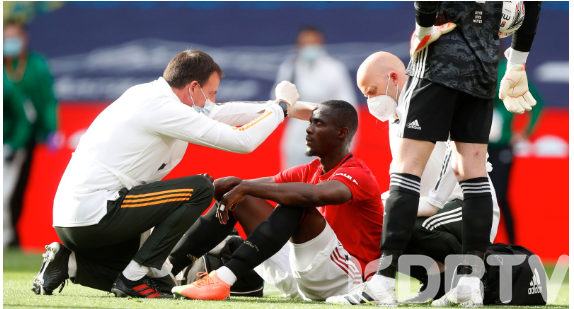 Eric Bailly got a head injury