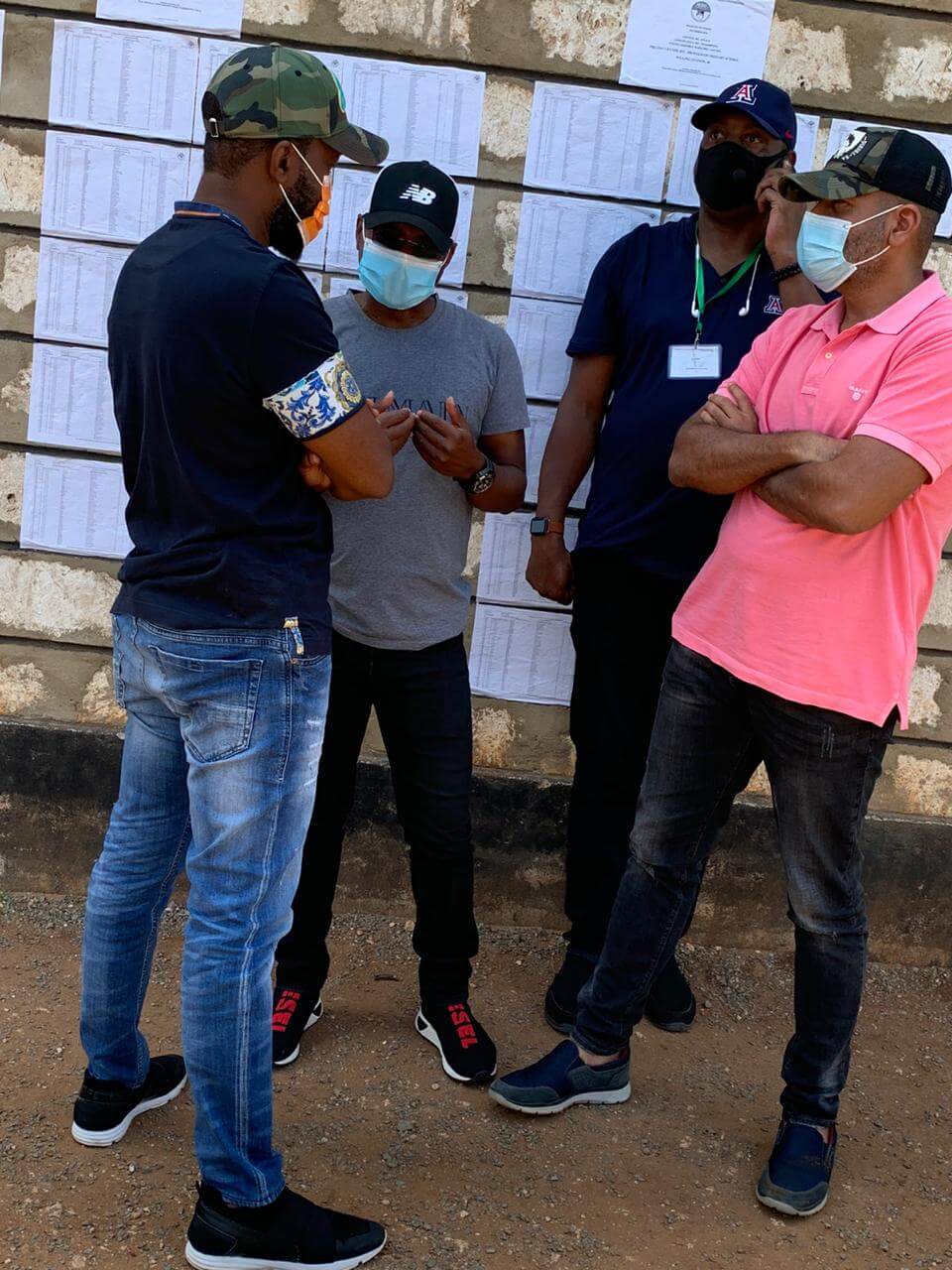 The ODM Team in Msambweni

(KDRTV) – Police in Msambweni have arrested former Machakos Senator Johnson Muthama over conflicting reasons. Muthama, who has been campaigning for Independent candidate Feisal Mohammed, is being transferred to Mombasa.

The former lawmaker was arrested at the Jomo Kenyatta Primary school where fracas erupted after some voters were locked out of the polling station. The station has since been closed.

Nyali MP Mohammed Ali said the voters who were blocked were supporting Feisal in the contest.

Tanga Tanga lawmakers in Msambweni have claimed Muthama’s arrest is just one of the many forms of intimidation police are using to harass them in the ongoing elections.

The level of intimidation in the Msambweni by-election has risen to another level. Sen Muthama arrested!

However, these claims have been disputed by ODM spokesperson Phillip Etale who said Muthama was arrested for bribing voters.

“Former Machakos Senator Muthama arrested as he and Khalwale tried to bribe voters at Jomo Kenyatta Primary School in Ramisi,” Etale said, promising to share a video of the incident.

Former Machakos Senator Muthama arrested as he and Khalwale tried to bribe voters at Jomo Kenyatta Primary School in Ramisi. More to follow with video #MsambweniDecides

The Tanga Tanga camp has accused police officers of working with ODM to rig the polls in favour of Omar Boga.

They also claimed that police have held strategy meetings with the aim of rigging the elections.