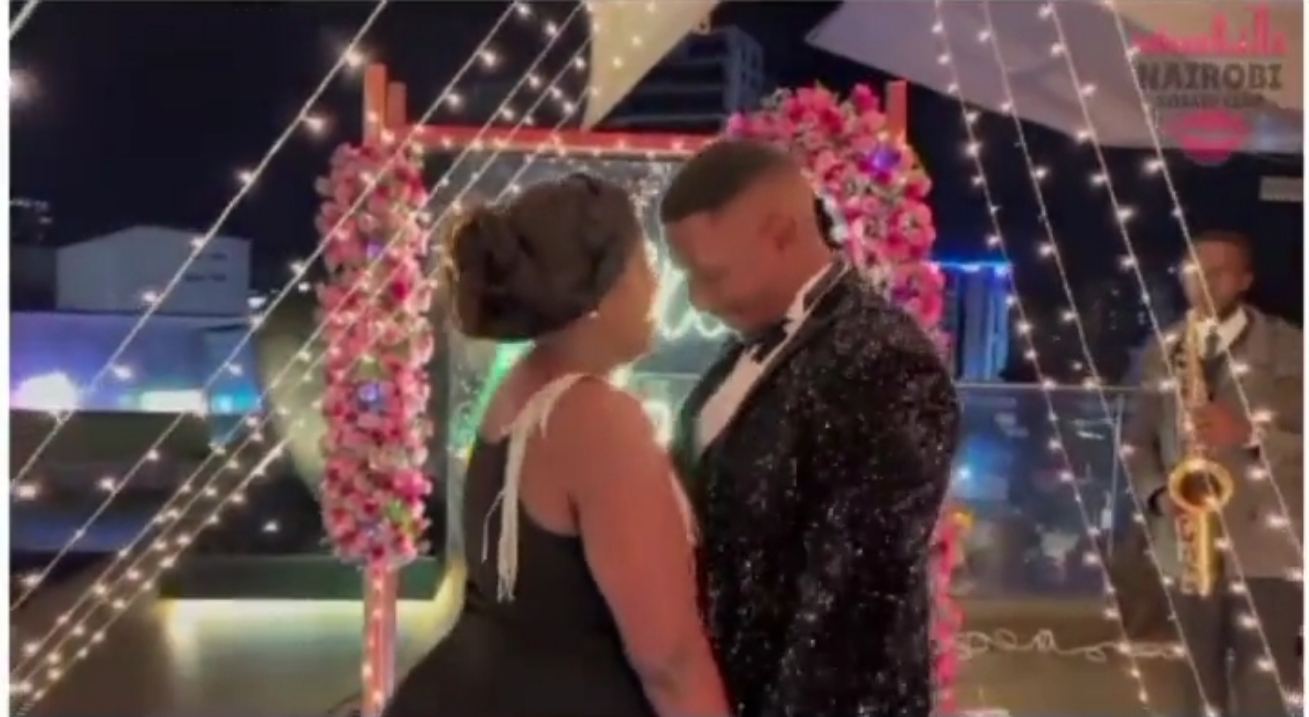 Jackie was formally hosting a chatspot show in Switch Tv. The two had kept their relationship private for some time. 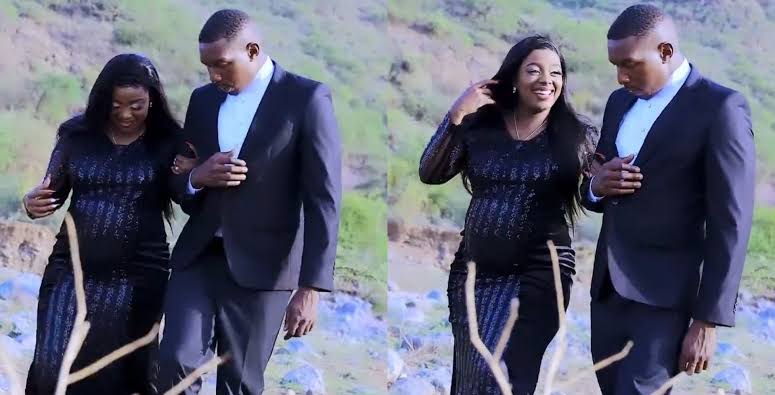 The two got to limelight when Jackie announced her pregnancy and Blessing was indeed the father of the unborn child.

Jackie’s lover had been invited to the TV station as guest and Jackie was part of the panelist interviewing him on the chat spot show. That is how they met and fell in love and the rest is said to be history.

The birthday and proposal was attended by several other celebrities among them Terence creative and his wife Milly Chebby who Jackie revealed has been a long-time friend.

Nonetheless, various former actors from the Zora series were in attendance.

Jackie had separated with her then husband few years ago. Together they were blessed with one child, Zari.
However, Blessing is one of the best actors in Kenya at the moment. He has been into acting almost all his life. Blessing is an accountant by profession. However, he had decided to follow his passion in acting.