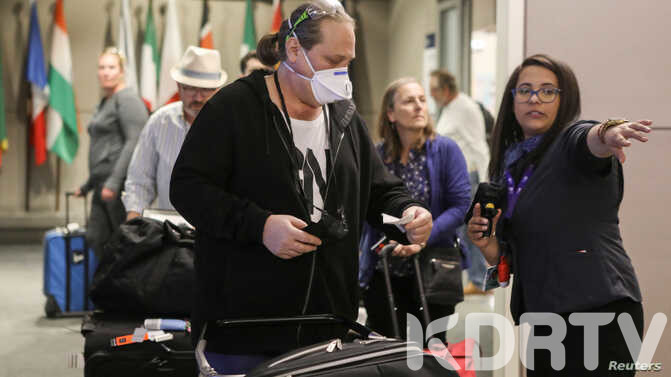 WASHINGTON NGA.org — The failure of Congress to reach a compromise on a new coronavirus relief package imperils the ability of state and local government to maintain sound operations and critical services for residents, and puts jobs further at risk for the 15 million public servants carrying out services on the ground ranging from health care to education to public safety.

After weeks of talks with no agreement on important issues including much-needed assistance to state and local governments, the seven bipartisan associations that represent states, cities, counties and other local governments warned that the lack of action would lead to massive cuts to the very services that are sustaining millions of Americans during the pandemic and recession, and that are necessary for a rapid and sustainable recovery.

State and local governments aren’t seeking a bailout. They are seeking fiscal stabilization to immediately address revenue shortfalls caused by emergency measures enacted at every level of government to contain the spread of COVID-19. Both the House and Senate bills now recognize the need for replacing lost revenue because of significant losses during the COVID-19 pandemic. These revenue losses come as costs for health care, emergency response, workforce assistance, education and other vital programs are skyrocketing.

Already facing a dire financial reality, states have had yet another significant fiscal and administrative burden placed upon them by the recent presidential order to provide certain unemployment benefits by using disaster-relief funds and a new contribution by states.

In the recent report on 2nd quarter Gross Domestic Product (GDP), state and local spending declined at a 5.6 percent rate. The national unemployment rate is 10.2 percent — still above the peak during the Great Recession — and is even higher in many areas.

“Top economists including Fed Chairman Jerome Powell, former Chairman Ben Bernanke and the leading ratings agencies agree that helping states, territories, counties, cities and towns will blunt the worst effects of the recession and help build a stronger recovery,” the associations said. “There is wide bipartisan agreement that state and local governments came into this recession with unprecedented rainy-day reserves to help deal with the next downturn. No one could have anticipated a once-in-a-century pandemic combined with the worst economic conditions since the Great Depression, but with lives and livelihoods on the line, state and local governments are stepping up and answering the call.

“With a spike of COVID-19 cases in many parts of the country and uncertain prospects for the fall, many Americans will continue to avoid travel and nonessential purchases, which will depress revenue from tourism and sales, and employers will be forced to lay off workers and freeze hiring.

“Due to Congress’ inaction, the ability of state and local governments to deliver critical services to the American people is now in serious jeopardy, along with the jobs of millions who work in schools, libraries, police and fire departments, hospitals, road and transit agencies, and other units of state and local government. Only the federal government, with its central bank, the world’s reserve currency, and unlimited borrowing authority, has the power to avoid these devastating consequences. It is unconscionable that our federal leaders have failed to act.”

State and local governments employ 13 percent of the nation’s workforce and 1.5 million of these workers were laid off or furloughed in April and May alone. A third of cities already have begun to furlough or lay off essential municipal workers while nearly half are planning to institute hiring freezes. A quarter of counties have also had to reduce their workforces. State and local governments lost more than 1 million jobs between July 2019 and July 2020, according to federal data.

Moody’s Analytics has noted that without federal revenue replacement, state and local governments would need to cut more than $500 billion — shaving 3 full percentage points off the GDP and eliminating more than 4 million jobs.