A resident of Mukuru Kwa Njenga Slums who exhibited symptoms like that of Coronavirus has been rushed to Mbagathi Hospital.

Nairobi County Health Executive Hitan Majevda said that the patient had been attended to at Mukuru Health Centre and allowed to go home when he started exhibiting the signs.

“He has been rushed to Mbagathi Hospital and placed in isolation, experts are keeping a close watch on him,” he said.

If at all the case is true- then it will be a blow to Nairobi bearing the fact that Mukuru slums is one of the high populated areas in Kenya. 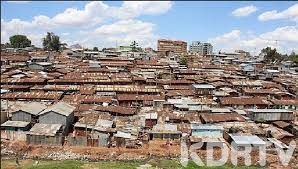 This comes just minutes before Health Cabinet Secretary Mutahi Kagwe addressed the media on the current state of the coronavirus outbreak in the country.

On Tuesday morning patients at Kenyatta National Hospital who have been under quarantine threatened to walk out of the hospital after the government delayed to release their results.

The Kenyan Government by Sunday this week confirmed that three cases had been reported in the country.

On Monday during a press briefing Government Spokesperson Cyrus Oguna also said that three people were highly suspected to have contacted the disease.

The first case was reported on Friday, a 27-year-old woman who had travelled into the country from London.

Already, the Government has banned all flights from countries that have confirmed cases of coronavirus.